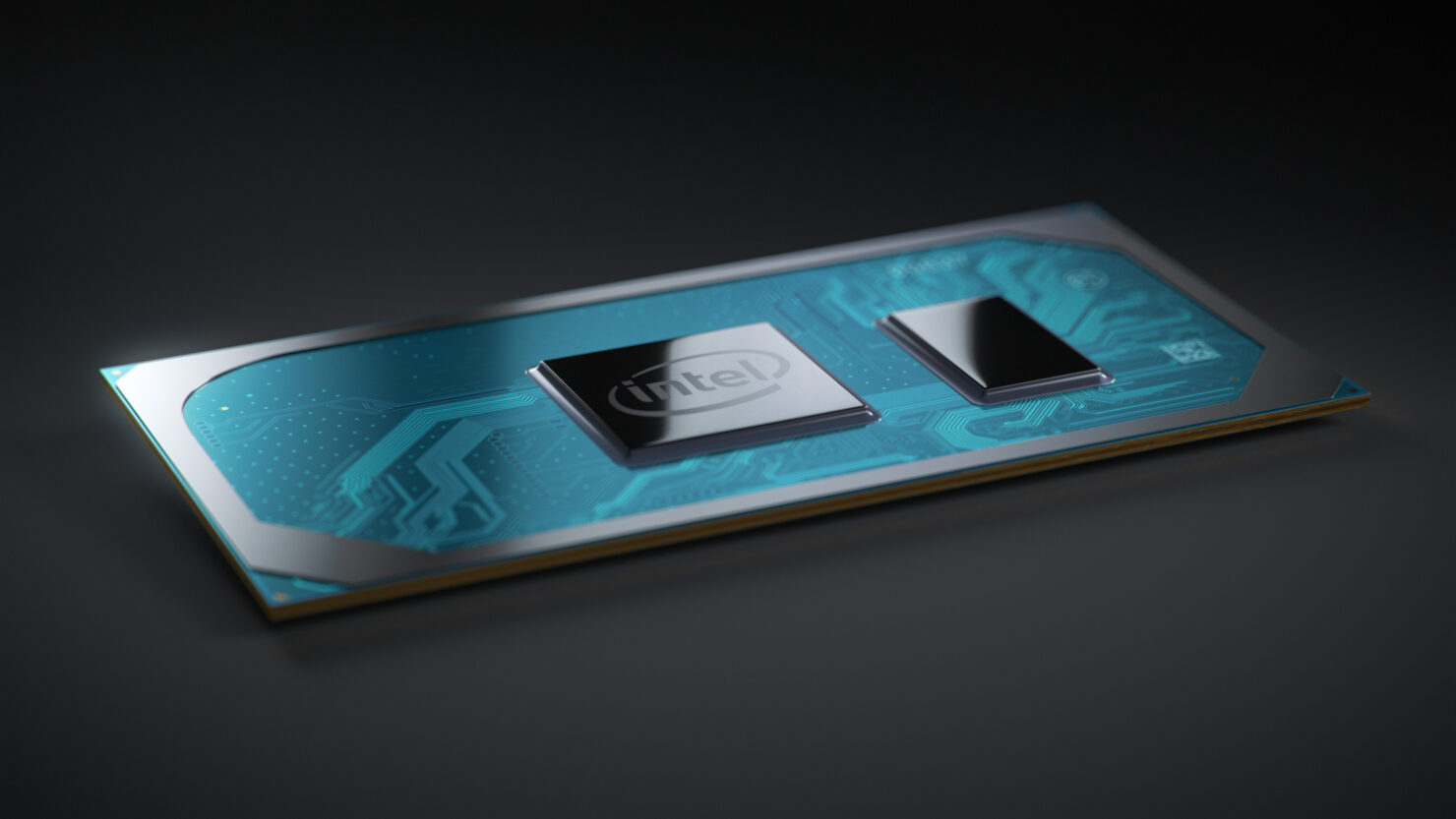 A photo released May 28, 2019, at Computex 2019 shows the 10th Gen Intel Core processor. 10th Gen Intel desktop processors unveiled at Computex enable fast, immersive experiences with up to 4 cores and 8 threads, up to 4.1 GHz max turbo frequency and up to 1.1 GHz graphics frequency. (Source: Intel Corporation)

Intel's 10nm Core i7-1065G7 has appeared before, previously in late May via a Dell XPS 13 7390 2-in-1, scoring highly on Geekbench. Now, a second benchmark result has been discovered, this time in PassMark by TUM_APISAK (via NotebookCheck). The PassMark result of the i7-1065G7 has since been removed, but a cached result is available to take a look at. 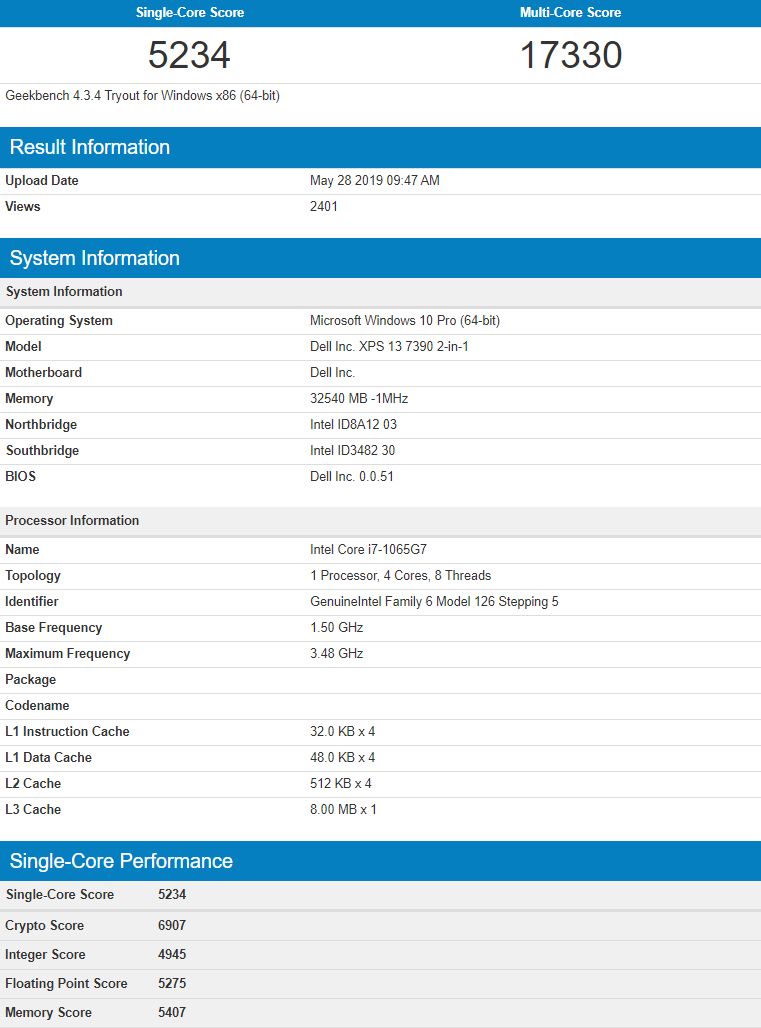 If we compare the performance to Intel's own Core i9-8950HK, we can see that in single thread performance, the 15W chip actually manages to deliver just about the same performance as the unlocked mobility SKU. The Core i9 is a 6 core and 12 thread part so the multi-thread benchmark performance would be higher but the difference isn't that huge and a 6 core, 12 thread Ice Lake part would easily manage to surpass the Core i9-8950HK while delivering higher power efficiency.

Intel's 10nm process is anticipated to bring various efficiency improvements, and it is evident in the PassMark results. Both the Core i7-1065G7 and Ryzen 5 3500U are 15W processors, yet the Intel counterpart manages to overcome the Ryzen 7 3750H, a 35W chip, as well, despite running at lower clock speed. Intel claims the Sunny Cove architecture will bring an 18% IPC improvement over Skylake, but when factoring in the age of Skylake, that's a comparison to a four-year-old core. AMD's latest Zen 2 microarchitecture brought a 15% IPC uplift in just over a year.

It is worth noting the AMD chips in comparison, the Ryzen 5 3500U and Ryzen 7 3750H, are based upon the Zen+ microarchitecture, built on the 12nm node, and not AMD's latest Zen 2 architecture, built upon TSMC's latest 7nm node. Along with Sunny Cove, Intel's upcoming Gen11 iGPUs will go head-to-head with AMD's Vega and upcoming Navi iGPUs.

Intel's 10nm process has long since been in development, with only a few mobile parts reaching the production phase. Intel has made it clear that anything above the 28W, quad-core, eight-thread range will have to wait until the 10nm process is further developed. So far, Intel has released a single processor built upon the 10nm node, the Cannon Lake Core i3-8121U. 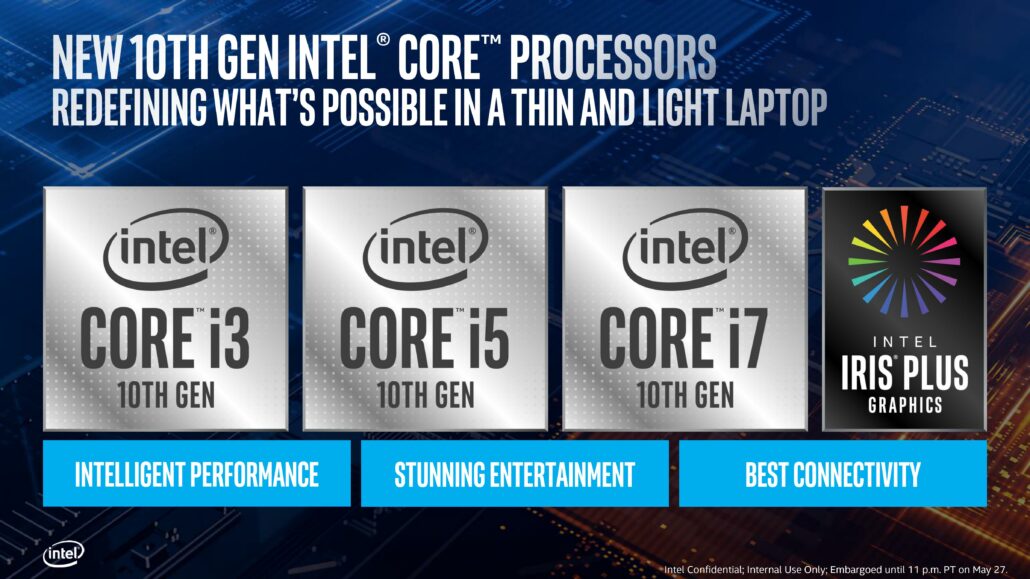 At Computex 2019, Intel announced a range of mobile platforms and notebooks that will utilize their 10nm Ice Lake processors, branded as the 10th Generation Core family. The company said that the processors are now shipping and will be available on retail very soon.