New benchmarks of Intel's Core i5-12400 Alder Lake CPU have leaked out in PugetBench that show great performance per dollar against the AMD Ryzen 5 5600X. 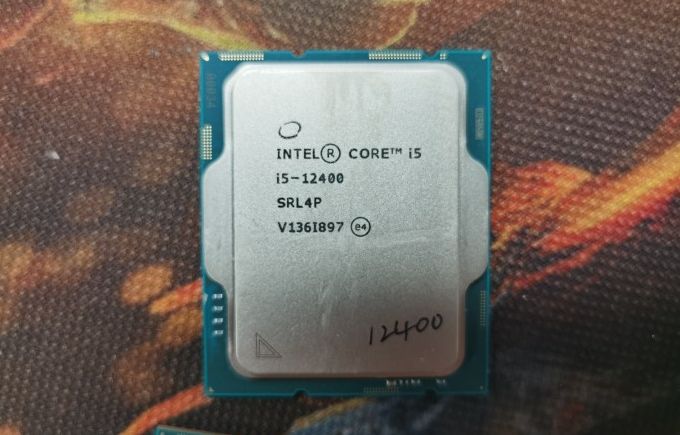 The test configuration for the Intel Core i5-12400 on PugetBench includes an ASRock Z690 Extreme WiFi 6E motherboard, 16 GB DDR4-2400 memory, Windows 10 operating system, and an RTX 3060 Ti graphics card. This isn't the most ideal configuration for the Alder Lake chip as the memory is not even set to XMP speeds and while Windows 11 is only useful for hybrid designs with E-Cores, the P-Cores based on Golden Cove architecture still offer some improvement in performance on the new Windows 11 operating system.

The Intel Core i5-12400 Alder Lake CPU is compared to the AMD Ryzen 5 5600X which was tested on an ASRock X570 Extreme 4 motherboard, 16 GB DDR4-4000 memory, and the RTX 3060 Ti GPU in Windows 10 operating system. As you can tell, the Ryzen system has a huge memory advantage and Windows 10 shows no performance degradation or latency issues on AMD CPUs like Windows 11 initially did.

Previous benchmarks have also shown the Core i5-12400 to offer similar or even better performance than the Ryzen 5 5600X at the same power consumption so overall, the little i5 is aiming to be a budget PC builders dream with the 12600K(F) being the mainstream king. Intel has really nailed the mainstream and budget segment this time and we can't wait to see how AMD will respond to them and if a price cut or 3D V-Cache will be enough to compete with the blue team's offerings.