The Intel Compute Stick Review: A Solution For A Problem That Doesn’t Exist 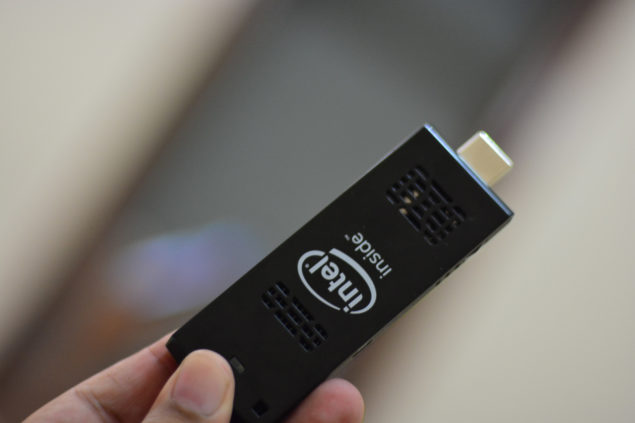 Intel’s Compute Stick is the blue chip giant’s foray into the world of “micro” computers, or more technically correctly, dongles. The Compute Stick is a nifty little USB-flash-like device that turns HDMI enabled displays into a Windows or Linux based computer system. Complete with some very rudimentary specifications and an arguably reasonable price tag, the Compute Stick aims to be a revolution in the Internet of Things. 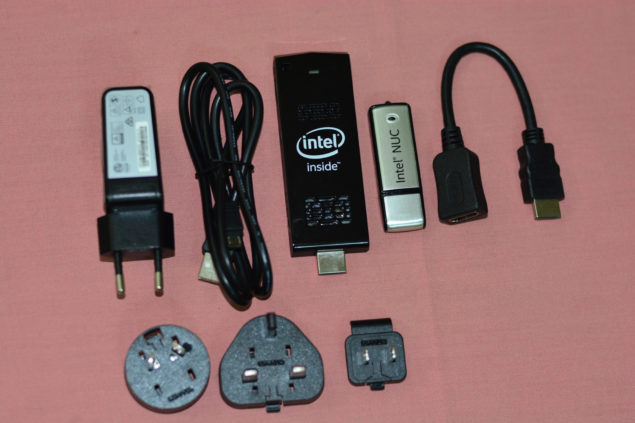 Lets start with what's inside the packaging. The box contains a very few number of items. These include, A power cable and some adaptors, and ofcourse the Intel Compute Stick. Please note that you will not be able to work with the stick out of the box. You will have to invest in a wireless keyboard and mouse (preferably using a unified connector) and a USB Hub.

The design of the stick is very minimalistic and features a no nonsense black aesthetic with a calm looking Intel logo on the device. The Compute Stick contains a standard USB slot, a micro USB slot (for the power adaptor) and a micro SD slot. The device plugs into your HDMI enabled TV and has an extension for those pesky wall-to-set space problems.

The device was introduced back in January at the Consumer Electronics Show in Las Vegas and marked one of the more significant expansions in Intel’s product lineup. Raspberry Pi caused quite a storm upon its arrival and indicated to investors just how big a market there was for tiny computers. Since then, devices like the Google Chromecast have attempted to break the market and taste a bit of the Raspberry Pi’s Pie (ironically). Even though its powered by a 1.33GHz quad-core Intel Atom Z3735F (Turbo Boost up to 1.83GHz), don't be fooled by the Atom branding - this product does not live up to expectations.

It weighs less than 2 ounces and is powered completely by the HDMI port. The specifications are an onboard Quad Core Atom processor, 2GB worth of RAM, 32 GB worth of storage and even a microSD slot for memory expansion. The current pricing for the Windows version is a bit steep – you have to cough up around $150 for a Win 8.1 based device. On the other hand, the Linux Model costs only about $110. 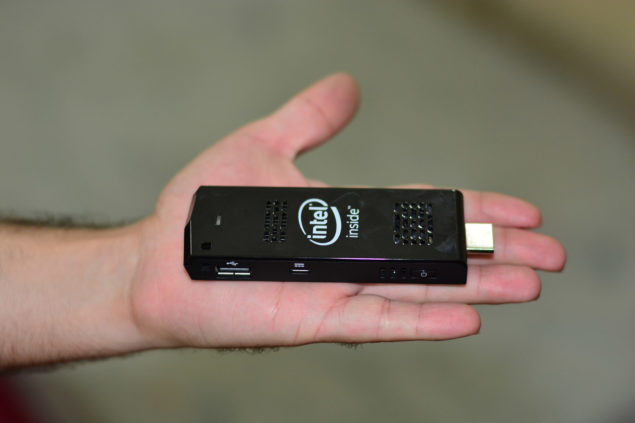 One of the major problems of the Compute Stick is the fact that it only has one usb  port. Which means that you can only use one peripheral at the time - either a USB or a mouse. A USB hub or a unified connector can allow access to both a mouse and a keyboard but the compute stick is extremely picky with what it does and does not allow. Since the port can only provide a current of upto 500 mAH a  a powered USB hub will have to be used.

As far as productivity goes the Compute STick is just good enough for very simply office work and some casual browsing. Any processor intensive application will not work (Photoshop barely works) and will lag. Multitasking is a no no and the stick can just handle two applications simultaneously at max without stuttering or freezing up. The device itself is extremely skittish and tends to freeze if any USB device of slightly differing parameters is inserted.

A few months back, the company announced its expected first quarter revenues, which was about $1 billion less than previously expected, so the arrival of the Compute Stick is one of the critical points for this financial quarter of Intel Corporation. The device could prove to be of good value to people who utilize cloud based apps and online video streaming services like Netflix apart from the standard Tech Enthusiast. It remains to be seen whether Intel has any plans for the device in the B2B and corporate sector. The Compute Stick has been listed on retailers like Newegg.