Intel Bullish Case in the Spotlight as Park National Corp. Reveals a Stake of Over 800,000 Shares in the Chipmaker

Park National Corp. has revealed that it possesses over 800,000 shares of Intel (NASDAQ:INTC), as per the firm’s filing of the designated 13F form with the Securities and Exchange Commission (SEC) of the United States in the first week of January 2020.

As a refresher, the 13F form is a quarterly report that has to be filed with the SEC by institutional investors who manage equity assets – shares of companies – worth at least $100 million. The report, as per SEC regulations, must detail all such assets held by the qualifying asset managers though it does not include information pertaining to the short positions.

According to this filing, published on SEC’s EDGAR system, Park National Corp. currently has 823,290 Intel shares over which it maintains sole investment discretion – the firm can acquire and liquidate these shares at will without consulting any other party or entity. Additionally, the company also possesses 29,536 shares of Intel that carry a shared investment discretion.

It should be noted that the Ohio-headquartered Park National Corp. is an $8.7 billion financial holding company that owns and supervises its subsidiaries. These include 12 community bank divisions, a non-bank subsidiary and two specialty finance companies. The company possessed over $1.3 billion in investment securities, as of the 30th of September 2019. Based on Intel’s closing price of $60.10 on Friday, the holding company’s Intel stake is worth $51.25 million, thereby, constituting 5.11 percent of Park’s aggregate investment securities (based on balance sheet figures from September 2019). 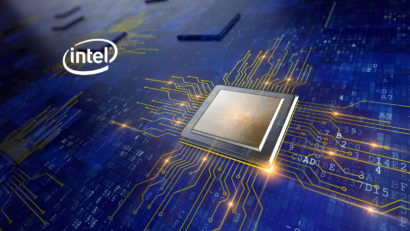 By maintaining a position of over 800,000 shares in Intel, Park has certainly jumped on the optimism bandwagon vis-à-vis the embattled semiconductor. Of course, the bullish case for Intel does remain intact. In its third-quarter earnings report published in October 2019, Intel detailed that it earned a record revenue of $19.2 billion, smashing street expectations by a whopping $1.1 billion. The company also increased its guidance for the 2019 total revenue to $71 billion, marking a $1.5 billion increase from the July guidance.

Intel currently controls nearly three-quarters of the global CPU market. Moreover, as detailed by Intel’s CEO in an exclusive Wccftech interview, the company is also focusing on GPUs, FPGAs, AI, next-gen 5G technology, etc. rather than solely relying on its CPUs. Finally, Intel’s ongoing efforts vis-à-vis the Nervana processor and Xe GPU indicate that the chipmaker is ready to confront AMD (NASDAQ:AMD) head-on in order to win back some of the market share that it lost.

Obviously, the company continues to face substantial headwinds. The chipmaker’s first 7nm products (equivalent to TSMC’s 5nm nodes) are expected to launch in the fourth quarter of 2021. In the meantime, the company is still unable to meet the full demand for its 10nm products (equivalent to TSMC’s 7nm nodes) which, in turn, translates into greater reliance on its 14nm products. Meanwhile, AMD is already producing its 7nm chips. Combine AMD’s recent GPU tear with its Ryzen processors, and you have a winning combination that is challenging to beat in terms of “the most bang for the buck”. Consequently, it is no wonder that AMD was one of the best-performing stocks of 2019.

Intel’s stock returned 35.09 percent to investors in the past year compared with NASDAQ Composite’s gains of 33.46 percent in the same period. The chipmaker currently has a market capitalization of $264.65 billion. As a reference, AMD’s market cap is currently at $54.68 billion. It remains to be seen whether Park National Corp.’s Intel bet will pay off. What do you think? Leave your thoughts in the comments below.