While Intel confirmed their flagship Core i7-6950X processor on their own webpage last week, ASRock has confirmed the rest of the processors which will be part of the Broadwell-E family. Based on the 14nm node developed for the Broadwell architecture, the Broadwell-E lineup will make its way to the market in Q2 '16 (Computex) along with new entries in the X99 boards from AIBs like ASUS, MSI, Gigabyte and others. 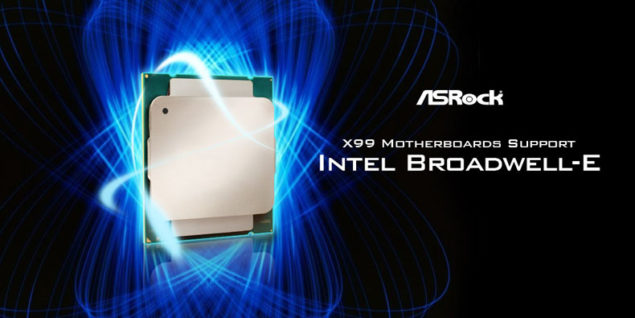 ASRock has confirmed all four Broadwell-E processors on their website.

We have been hearing about Intel's Broadwell-E for several months now and things are finally clear in regards to the lineup and specifications. The Broadwell-E family is based on the same process and architecture which we saw recently on the Broadwell-EP processors that incorporate several billion transistors under the hood. In the official launch post, we covered that the Broadwell-EP parts were based off three different dies.

The post over at ASRock has the following to say:

Whether you were aware of it before or not, Intel's new line of 14 nanometer die shrink Broadwell-E processors are arriving shortly this year, and ASRock's engineers have already completed uploading new versions of BIOS for their X99 motherboards to support these Intel® Broadwell-E CPUs. Clearly the new chips aren't available in the market yet, but if patience isn't your strong suit, then perhaps you could get a two minute head start by downloading the BIOS and upgrading now.

The most unmissable part of Intel Broadwell-E is the flagship Core i7-6950X, which will be the first deca-core processor for the commercial market. While this new CPU boasts a compelling ten cores and twenty threads architecture, users require a BIOS update for their motherboards to handle it, this update applies to the rest of the Broadwell-E gang, including i7-6900K, i7-6850K and i7-6800K as well. Rest assured that ASRock's former X99 chipset motherboards will all support the new chips. Upgrade now and hold on to your horses until the new CPUs are delivered, just don't hold your breath.

*Note - Prices are based on rumors and are expected to change. 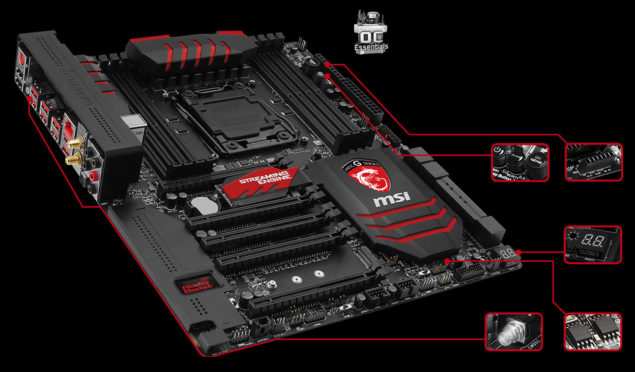 One of MSI's flagship X99 motherboard which is loaded with lots of gaming and overclocking tools. 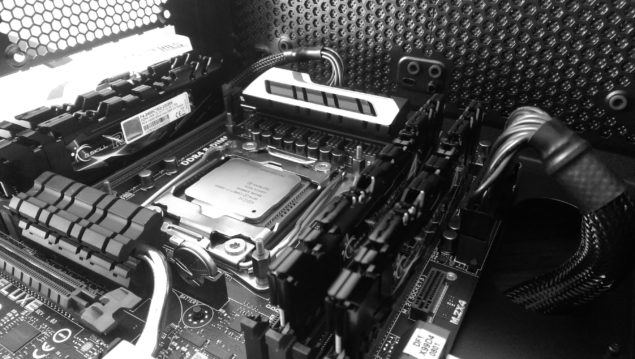 A poster on Imgur has submitted a picture of his X99 rig running a HEDT processor. Many enthusiasts shift to HEDT platform because of insane amount of features and longevity the platform offers. 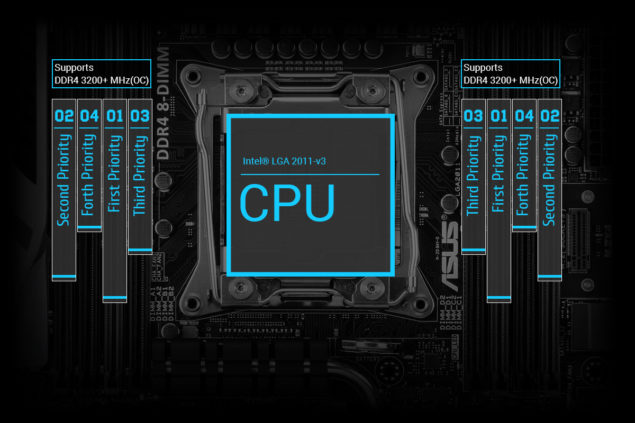 The current X99 motherboards are fully capable and ready for Next-Gen Broadwell-E processors!

The Core i7-6850K will feature a base clock of 3.60 GHz base and 3.80 GHz boost while the Core i7-6800K will feature clock speeds of 3.40 GHz base and 3.60 GHz boost. Both processors are fully compliant with the LGA 2011-3 socket and will feature support for quad channel DDR4 memory with speeds of up to 2400 MHz (O.C+). The new chips will be arriving in the second quarter of 2016. For those on X99 planning to upgrade to the new HEDT processors can seek ASRock's webpage to download the latest BIOS to support Broadwell-E on their X99 ASRock motherboards.