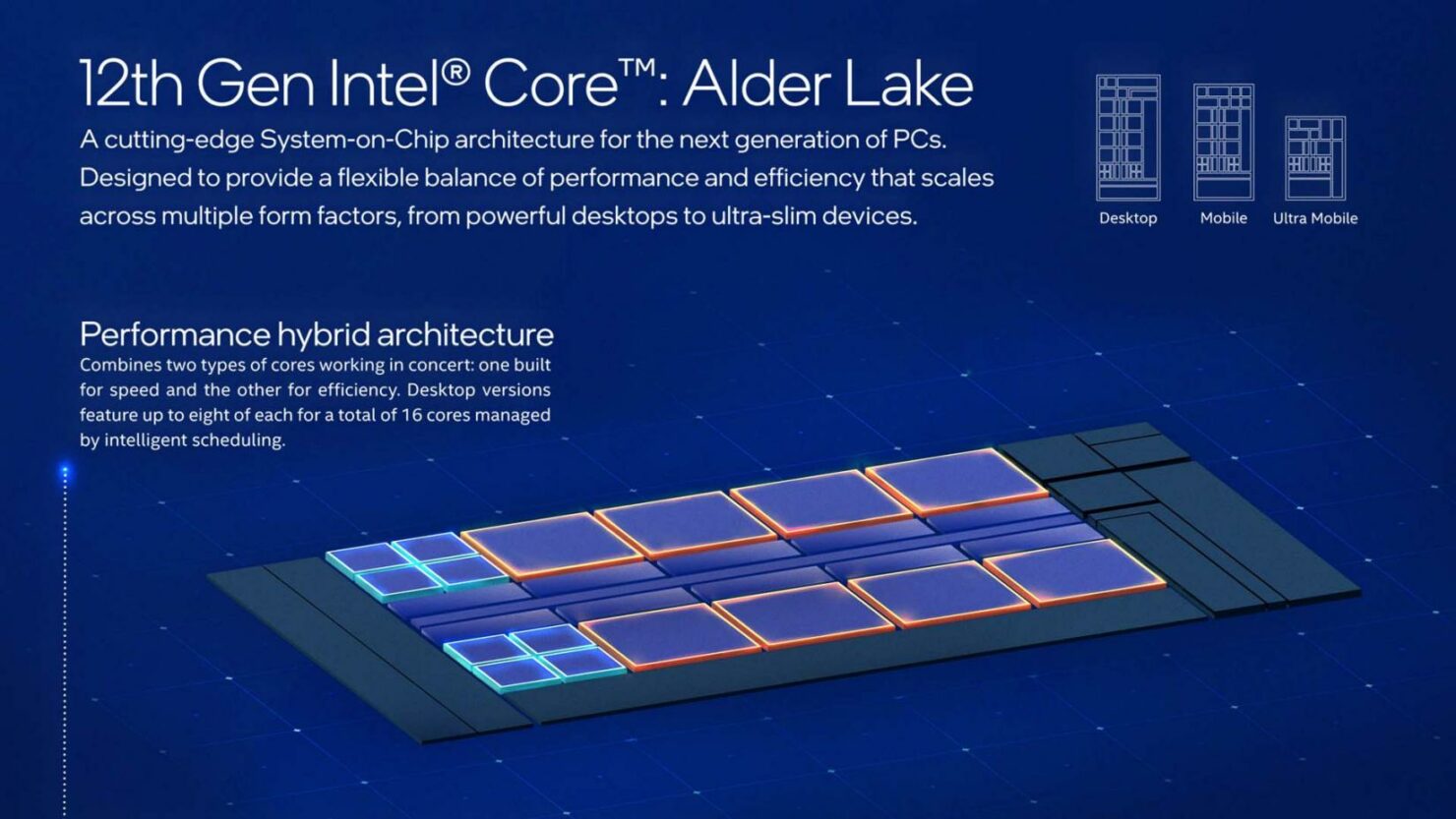 The Intel Core i7-12700H features a total of 14 cores and 20 threads so it looks like the top Core i7 and Core i9 Alder Lake-P variants are both going to end up with the same configuration of 14 cores comprising 6 Golden Cove and 8 Gracemont cores as reported by us in an exclusive last month.

The CPU was spotted within the Geekbench 5 database on the Gigabyte AERO 5 XE laptop. The chip features a base clock of 2.70 GHz and a boost clock of around 4.6 GHz. The cache is reported at 24 MB L3 and we can expect a nominal 35-45W TDP for this SKU. The core clocks are higher than the HP Omen laptop that leaked out earlier and suggests that it had been running at the lower 35 Watt TDP while the Gigabyte AERO variant, owing to its better cooling, can sustain the higher TDP & clock speeds. Other specifications include 32 GB of DDR4-2666 memory. 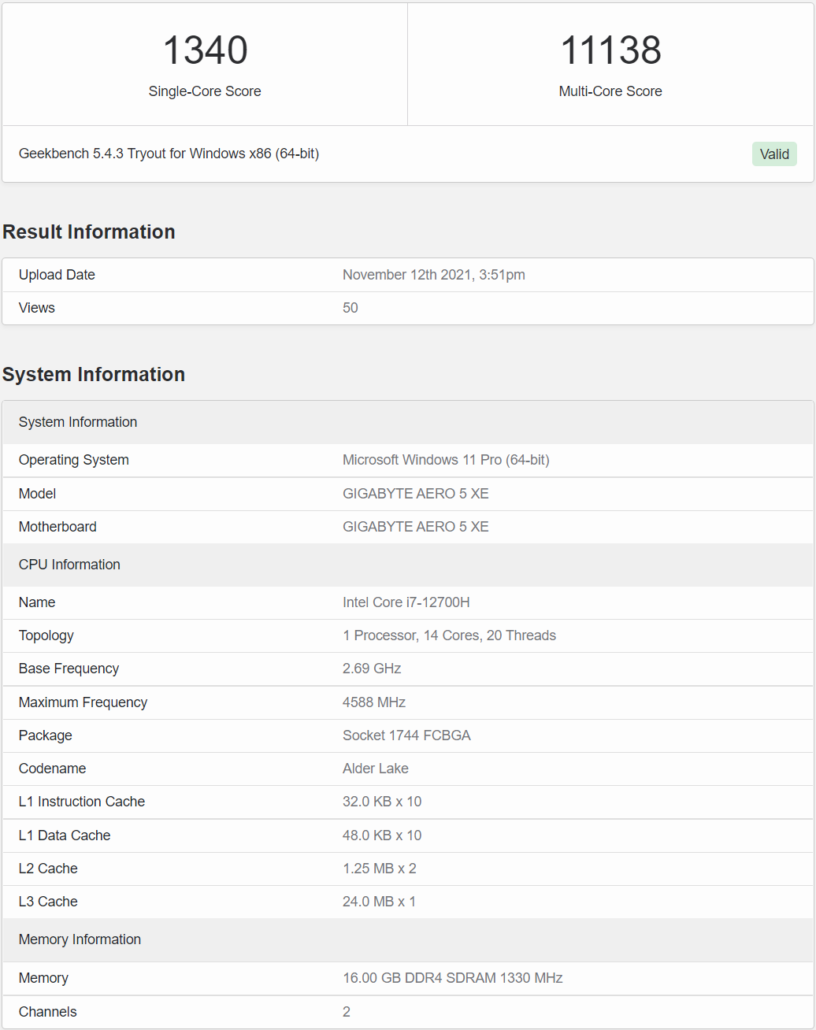 Coming to the performance, the Intel Core i7-12700H CPU scores up to 1340 points in single-core and 11138 points in the multi-core tests. For comparison, it is up to 35% faster than the AMD Ryzen 9 5980HX, the current fastest chip in AMD's portfolio, and up to 33% faster than the Core i9-11980H which is also Intel's current flagship for the mobile platform. Compared to its predecessor, the Core i7-11700H, the CPU is up to 45% faster which is a very impressive gain in multi-threading. The chip can also be compared to Intel 10th Gen Core i7-10750H and offers nearly 2x the performance gain.

As we have seen in our review of the Alder Lake desktop platform, the hybrid design has put Intel on par or even better than AMD's Zen 3 lineup, especially in the mainstream segment where they are beating AMD Ryzen 5000 CPUs by up to 20-30% gains. The same is to be expected from Intel's Alder Lake-P mobility platform and the flagship Core i9-12900HK is literally the fastest laptop chip that you will be able to get your hands on.

AMD, on the other hand, will offer Rembrandt with its updated Zen 3+ cores in Q1 2022 but they will retain the 8 core and 16 thread configuration so we may not get to see similar multi-threaded increases but single-core performance would be worth checking out. AMD's answer to the hybrid design is expected in 2023 in the form of Raphael-H that will offer double the cores and threads for mobile chips. Till then, Intel might take the crown of the fastest mobility platform.