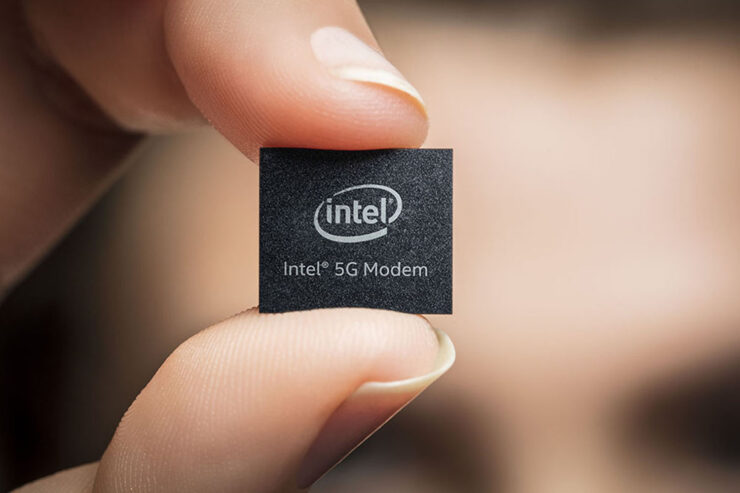 A new report claims that Intel has entered into a period of exclusivity regarding the 8,500 wireless parents that it had put up for sale last week. This means that if the deal is finalized, the unnamed buyer will get the rights to the patents and it is believed that the winning bid came from none other than Apple.

Before Apple and Qualcomm ended their legal fight and decided to resume business again, the Cupertino giant was procuring its modems from Intel. However, Intel’s modems were not a patch on Qualcomm’s in terms of reliability and performance and the company was also apparently struggling with 5G modems development. Thus, the fateful day arrived when the processor manufacturing giant decided to exit the 5G modem chip business, which analysts believe was a smart decision from Intel’s perspective.

That being said, Intel’s portfolio reportedly has broad applicability in the wireless market and the company says its assets inspired strong market interest. However, now that the company has entered exclusivity with an unnamed party, presumably Apple as mentioned before, it cannot engage with other bidders but if the deal doesn’t go through, the process will be reopened.

The 8,500 patents that Intel has decided to sell off from its patent portfolio reportedly include 6,000 patents on 5G, 4G, and 3G and 1,700 patents related to wireless implementation technologies. Keep in mind that this auction doesn’t include Intel’s smartphone modem business, which it also intends to sell. It is being reported that Apple might buy the modem business too and it had previously expressed interest in the German unit of the company.

Rumour has it that Apple is also working on its own modem to reduce its reliance on other vendors such as Qualcomm. Acquiring Intel’s patents and modem business will give a boost to the company’s efforts. The iPhone maker is expected to have its modem ready by 2022 or 2023, but industry watchers believe that even that might be faced with complications as developing a modem is much different than a mobile SoC.

Additionally, it was reported that Apple paid Qualcomm $6 billion as part of the multi-year licensing deal, along with $9 per iPhone sold, showing that the California-based giant is currently dependant on the chipset manufacturer, at least for now.