Intel is now on the brink of the launch of its long awaited third generation of its Core processor family better known as Ivy Bridge on 29th of April. And just soon enough, benchmarks of its mobile series have surfaced online. 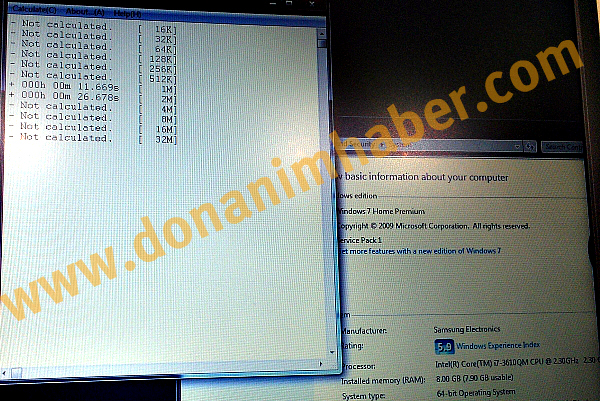 The mobile CPU namely the Core i7-3610QM had been put through Super Pi and Cinebench test runs and the results are sure here to impress even for the slowest quad core Intel plans to offer. In terms of Cinebench (known for its excellent multi-core support), the CPU had managed to achieve a score of 6.09 points, that is compared to AMD’s current desktop FX-8150 eight core is faster. 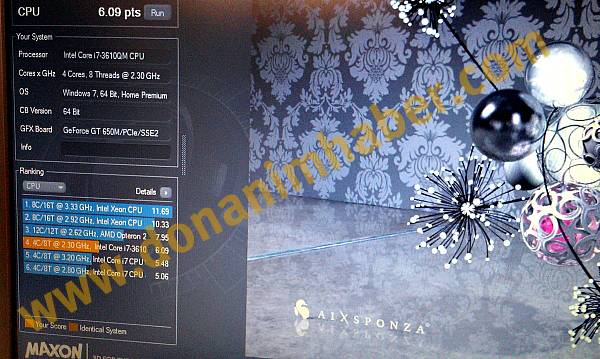 The new Ivy Bridge processors have been built up using Intel’s new 3D gate transistor technology with this CPU in the meanwhile also coming with Hyper Threading technology. The 3610QM supports up to 1600 MHz of DDR3 memory with a 6MB cache and last but not least, HD 4000 DirectX 11 graphics on it’s iGPU core.

TDP has been set at 45W as the chip might clock higher when Turbo boost kicks in. Never the less, thanks to it being at 22nm, it consumes lesser power and yet gives higher performance as compared to its counterparts.