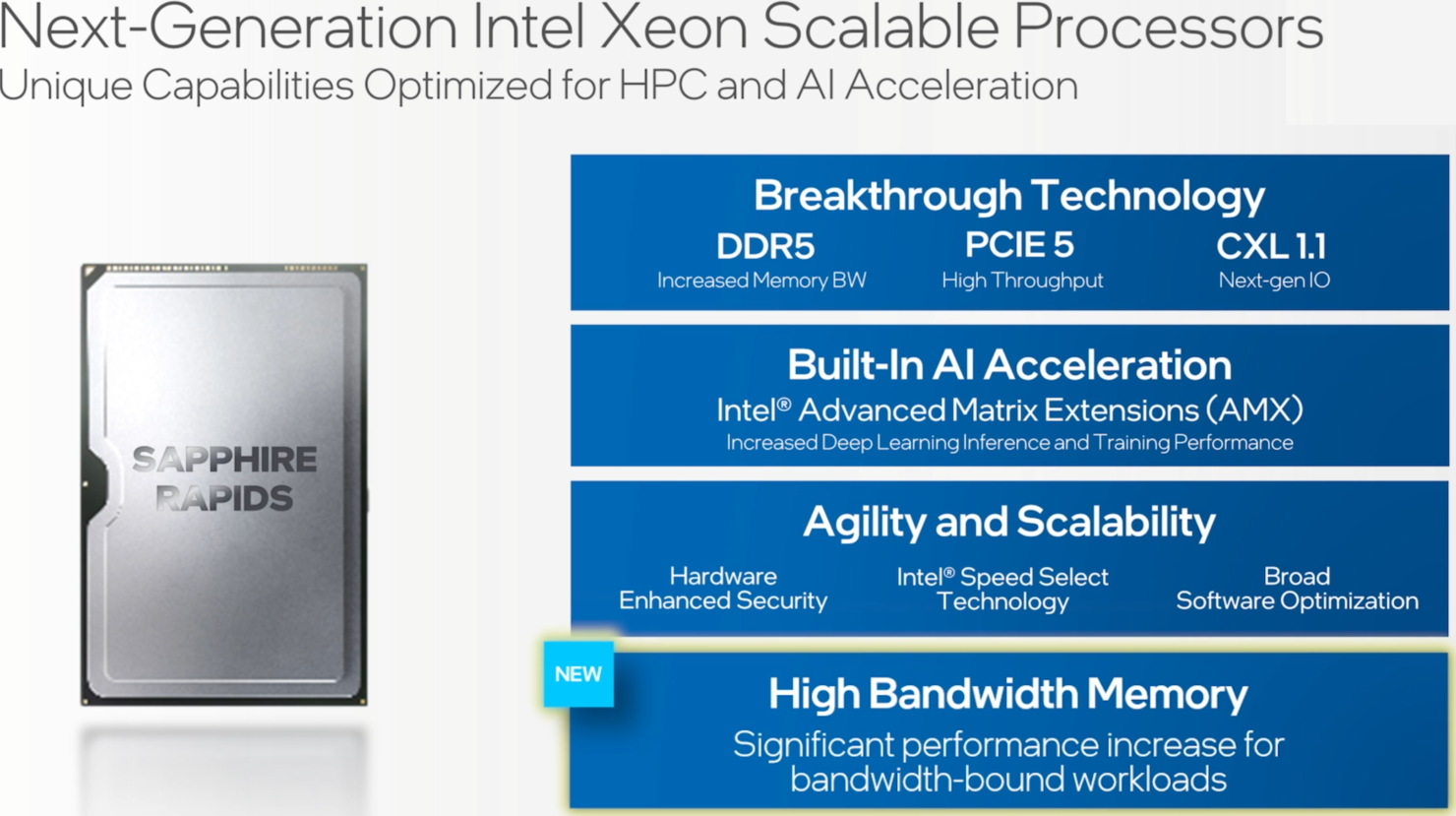 Intel's recent update on its 10nm Sapphire Rapids Xeon CPU lineup has also sparked some new rumors which talk about the launch schedule, performance, and efficiency of the next-gen server portfolio.

In the most recent update, Intel's CVP & GM of Xeon & Memory Group, Lisa Spelman, announced that the next-generation Sapphire Rapids lineup will be headed for production in Q1 2022 & a Q2 2022 ramp. The CPUs will be officially launched for the public in the first half of 2022 but Intel will be delivering early engineering samples to its partners to validate and optimize their workloads in advance.

Demand for Sapphire Rapids continues to grow as customers learn more about the benefits of the platform.

Given the breadth of enhancements in Sapphire Rapids, we are incorporating additional validation time prior to the production release, which will streamline the deployment process for our customers and partners. Based on this, we now expect Sapphire Rapids to be in production in the first quarter of 2022, with ramp beginning in the second quarter of 2022. via Intel

Prior to this, Intel also announced that it will be integrating HBM within its Sapphire Rapids Xeon CPUs to tackle the huge memory bandwidth requirements of future HPC & datacenter workloads. We reported on that over here so do read for more details on how HBM comes into play on the next-generation chips. For this post, we will be taking a look at two stories (rumors as far as I can tell) from AdoredTV and Videocardz.

First up, let's talk about the timeline and Intel's current roadmap. We know that Intel had internally projected a 2021 launch for its Sapphire Rapids Xeon lineup. A 1H 2022 launch means that the CPU lineup has been pushed back by a bit. It was originally going to launch a few quarters after Ice Lake-SP, by the end of 2021, but that didn't happen. Ice Lake-SP itself was immensely delayed and Intel had to use Cascade Lake-SP and Cooper Lake-SP as intermediate platforms to fill in the gaps from all we can tell. 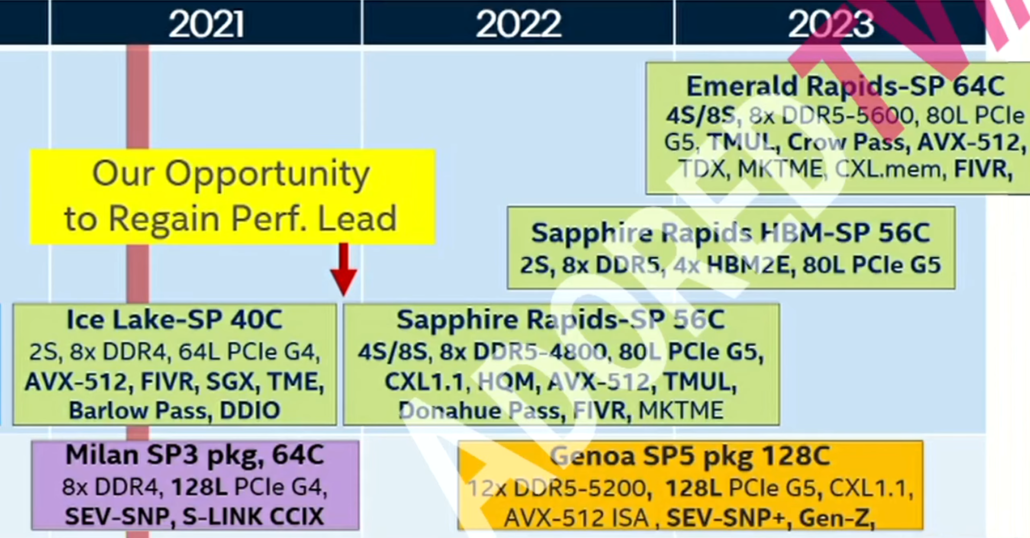 The rumor from AdoredTV is that the initial Sapphire Rapids-SP are going to be non-HBM parts with up to 56 cores and can be configured in up to 8S platforms. The HBM2 parts might slip in 2023 and will be limited to dual-socket configurations. This will be about the same time when Intel plans to launch its next-generation Emerald Rapids-SP Xeon CPU platform which will be a slight refresh for Sapphire Rapids-SP with a slightly higher core count, faster clocks, process optimizations, & faster memory support.

The problem here is that while Intel will be on 10nm Enhanced SuperFin with up to 56/64 cores, AMD will be releasing its first Zen 4 CPUs based on a 5nm process node with twice the number of cores. For comparison, Genoa is AVX-512 compliant with 96 cores. AdoredTV has pointed to 128 cores but there has been not been much evidence to support this claim. Even 96 cores are 71% more cores than Sapphire Rapids-SP and we aren't even started with the performance rumors.

So let's start with the performance numbers with the first rumored comparison between the Intel Sapphire Rapids-SP 56 core SKU versus a 64 core AMD EPYC Milan SKU. It looks like Intel will claim its performance leadership for a short period of time as represented in the chart, specifically in AI, networking, and HPC workloads. The lineup will also see marginal gains in floating point (FPU) and Integer performance but there's another metric here that we should mention here and that's the power input. The 10nm 56 core chip has a rated TDP of 350W versus AMD's 280W. That's 25% more power but in return, you are getting around 25-30% gains on average in the workloads seen below.

However, as noted in the roadmap, the main competition of Intel will be Genoa by the time it's out in the market. Here, the same 56 core 350W part is compared to an AMD Genoa chip with 96 cores and a 350W TDP. The non-HBM variant will retain its lead in AI and HPC workloads thanks to Intel's advanced AVX suite while HBM variants will try to mitigate the floating-point difference. AMD EPYC Genoa will however mark a massive lead in almost all other categories and offer tremendous CPU multi-threaded performance with an advanced chiplet based design.

Videocardz also managed to get hands-on an internal SPR03-LC node specifications sheet which is for a dual-socket platform comprising of two 26 core SKUs for a total of 52 cores. The node comes with 3.84 TB of NVM memory, a 100Gb/s networking switch, and 512 GB of DDR5-4800 memory. It looks like the specifications are derived from a very early sample given the low 2.70 GHz clocks but the power input for the entire node in Linpack is measured at 799W.

AMD has been taking away quite a few wins from Intel as seen in the recent Top500 charts from ISC '21. Intel would really have to up their game in the next couple of years to fight back the AMD EPYC threat.