We are all aware that Instagram is an addictive platform when you are spending a long time on the app. Whether you are scrolling through feeds or topics, sometimes, the time flies without you noticing it. Last month, the social media platform started testing a new feature that reminded users to take a break. Now, Adam Mosseri, the head of Instagram, has revealed some new features that the company is currently working on. These features aim to protect the teenagers who are using the platform, but some of them can also be used by adults.

Taking to a blog post, Adam shared that Instagram takes teens' safety seriously, and they will be adding new features to protect them starting today. While some of the tools will not make it to the app's final version until next year, the Meta-owned platform has revealed how these work.

New Instagram Tools are For Parents, Guardians, and Teens to Make the Experience Better.

Starting from March 2022, parents and guardians will view how much time their teens spend on the platform. The tools will allow them to set daily time limits, and if they do believe that the teens are spending way too much time on the app. In addition to that, teens will get an option to notify their parents/guardians if they report on Instagram. The platform has mentioned that this is an early version of the feature and does mention that there will be more features coming in the future. 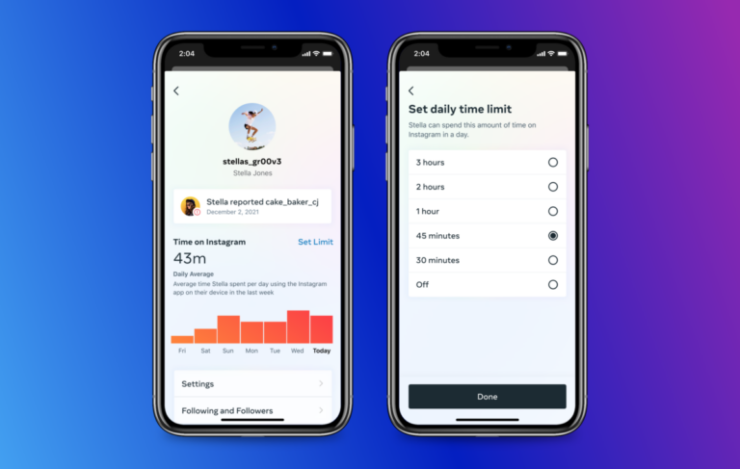 Additionally, to further engage and keep the parents informed, the service is also launching a new educational hub. The hub will contain tutorials on how to use the app, tips from experts, and more content that will help them better understand how Instagram works. This aims to ensure that everyone has the help they want about social media. 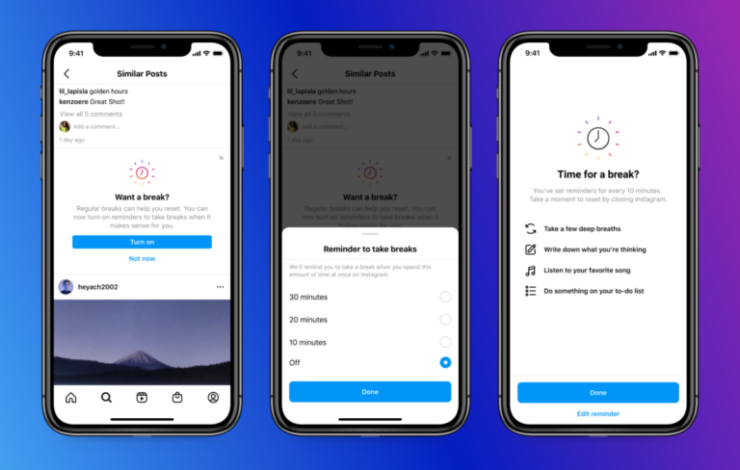 Aside from the parent-centered features, Instagram has also introduced some new additions for teens to take advantage of. The social media platform is expanding the "Take a Break" feature to the US, UK, Ireland, Canada, New Zealand, and Australia. This will suggest taking a break from the app if a user is scrolling past a specific time. It will also recommend setting break reminders for future scrolling sessions. This takes a break feature will roll out to all users globally early next year. 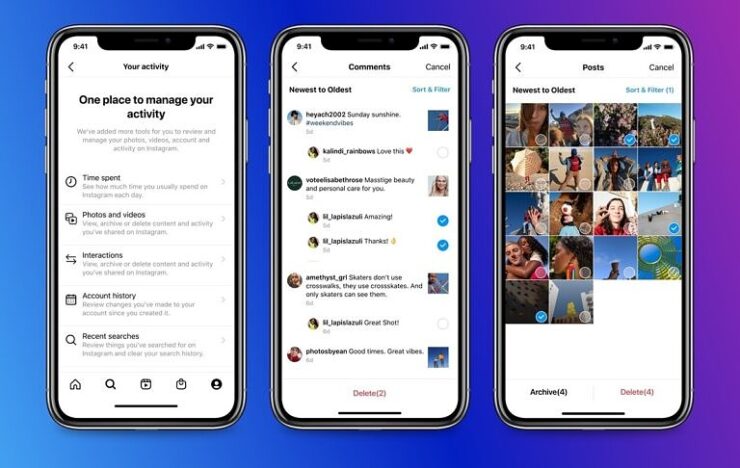 Moving further from the break suggestions, Instagram is also building an activity log. This is similar to the one that you see on Facebook. This will help users check a list of their past comments, likes, posts, and more. The tool will also let users bulk delete their content to manage their digital traces easily. This feature will be available to everyone next month; however, it is mainly helpful for the teens because it will allow them to manage their past online activities as they grow older and have new and better views.

We are not done yet, as Instagram decided to default the new accounts created by teens to private earlier this year. This is an addition to blocking adults from direct messaging adults who don't follow them. The platform is now taking safety further by creating new features to limit how potential predators can reach them. Starting early next year, new accounts created by teens will be defaulting to not allowing people they don't follow to mention or tag them. They also will not include their content in Reel Remixes and Guides.

Instagram also launched "Sensitive Content Control" last July. It allowed the users to choose how sensitive the content in their Explore page is. The "Limit Even More" setting will eventually protect teens from potentially incriminating or harmful content by expanding to the Search, Hashtags, Reels, and Suggested Account sections. The feature is still in the early stages, and the platform does not have an estimated time. Last but not least, Instagram is also building a tool that will nudge people towards different topics when they are dwelling on a single one for a while.

I believe that these new tools will make Instagram an overall better place for teens and other users who have been using the app for as long as they can remember.