Inno3D has launched its GeForce GTX 680 which sticks with the NVIDIA Reference design, The manufacture has also teased its upcoming Liquid Cooled GTX 680 which would feature the latest Arctic Accelero WaterCooler. 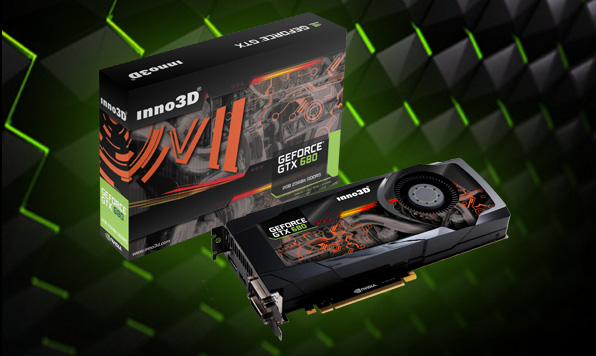 The Inno3D GeForce GTX 680 features 1536 Cuda Cores clocked at 1006MHz with a GPU Boost of 1058MHz, It includes a 2GB GDDR5 VRAM which is clocked at 6GHz effective frequency allowing for upto 4 Monitor support.

Inno3D has also posted a slide on its press release page which shows that it would be launching a Watercooled variant of the GTX 680 soon which utilizes the latest Arctic Accelero Cooler. Details on that are bound to arrive soon!