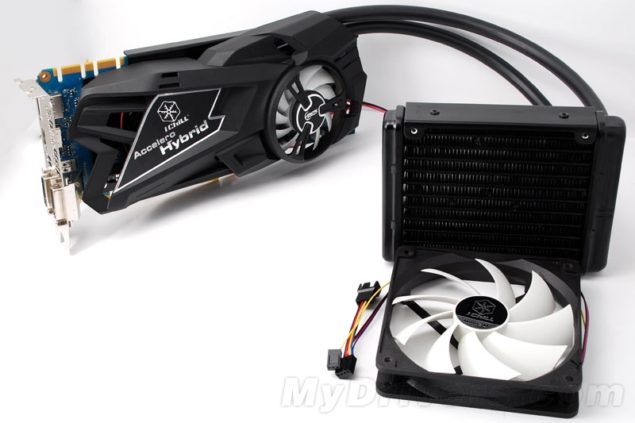 We reported earlier that Inno3D was working on a Water-Cooled version of the GeForce GTX 680 GPU, The GPU has now been pictured and would be known as the iChill GeForce GTX 680 featuring the ARCTIC Accelero Hybrid Cooler. Inno3D's iChill series GPU's have been famous in the past for using Non-Reference Cooling designs from ARCTIC cooling.

The iChill GeForce GTX 680 features a pre-fitted water-cooling loop which consists of a GPU Core base plate and two individual tubes which would transfer the coolant through the reservoir pump which is cooled by a 120mm fan. The Cooler shroud also features a fan which cools down the Power and Memory Area. Display is provided through two DVI, HDMI, DisplayPort, the GPU would cover two expansion slots.

As far as performance goes, The cooler is said to drop temperatures down to 44 ℃ at load which is much better than the stock cooling design and at only 10% noise of air cooled models. Inno3D hasn't yet detailed the frequencies but the core is expected to reach 1.2GHz. Pricing and launch date have not been detailed. 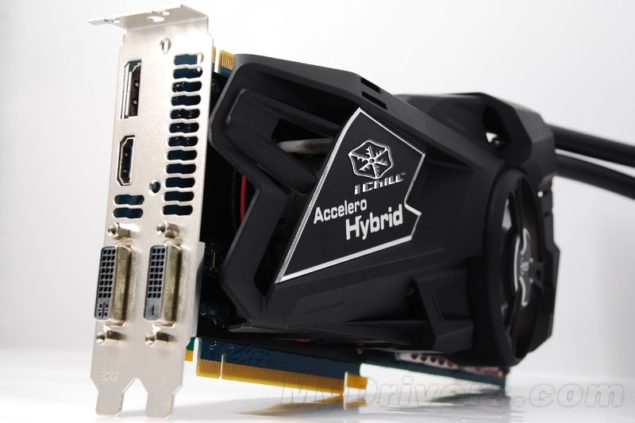 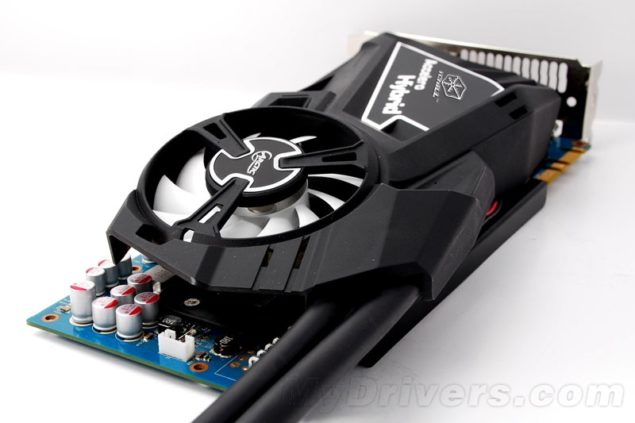