The Inno3D GeForce RTX 30 series lineup has been leaked out by Videocardz who has posted the entire GeForce RTX 3090 & GeForce RTX 3080 custom model portfolio. The lineup includes at least six graphics cards although there could be more launching later on. Inno3D follows its traditional design which includes the massive iChill X4 & iChill X3 variants.

The Inno3D GeForce RTX 3090 & RTX 3080 iChill X4 series graphics cards are the flagship custom models that feature a 2.5 slot design and triple-fan cooling solutions. The card seems to feature a revised shroud design that looks absolutely stunning along with the illuminated RGB side plate that displays the iChill logo.

The card has a fourth but smaller fan on the side which is also something that Inno3D has been featuring on its iChill X4 series for a while now. There are exhaust vents at the front of the card to blow air out. The heatsink underneath the shroud is a massive one and we can't say how powerful the PCB is on this card but considering this is the fastest variant that Inno3D has to offer, it should definitely pack a punch.

Like the iChill X4 cards, the iChill X3 variants will come with a solid metal backplate but it is stated that the X3 cards will feature a slightly different backplate.

Lastly, there's the standard GeForce RTX 3090 Gaming X3 which features a triple-fan cooling design in a 2.5 slot form factor and once again, a massive heatsink to top it up. The heatsink is made up of two separate aluminum fin blocks which are inter-connected via heatpipes. From the looks of it, the card seems to feature the reference PCB design with an extended cooler. 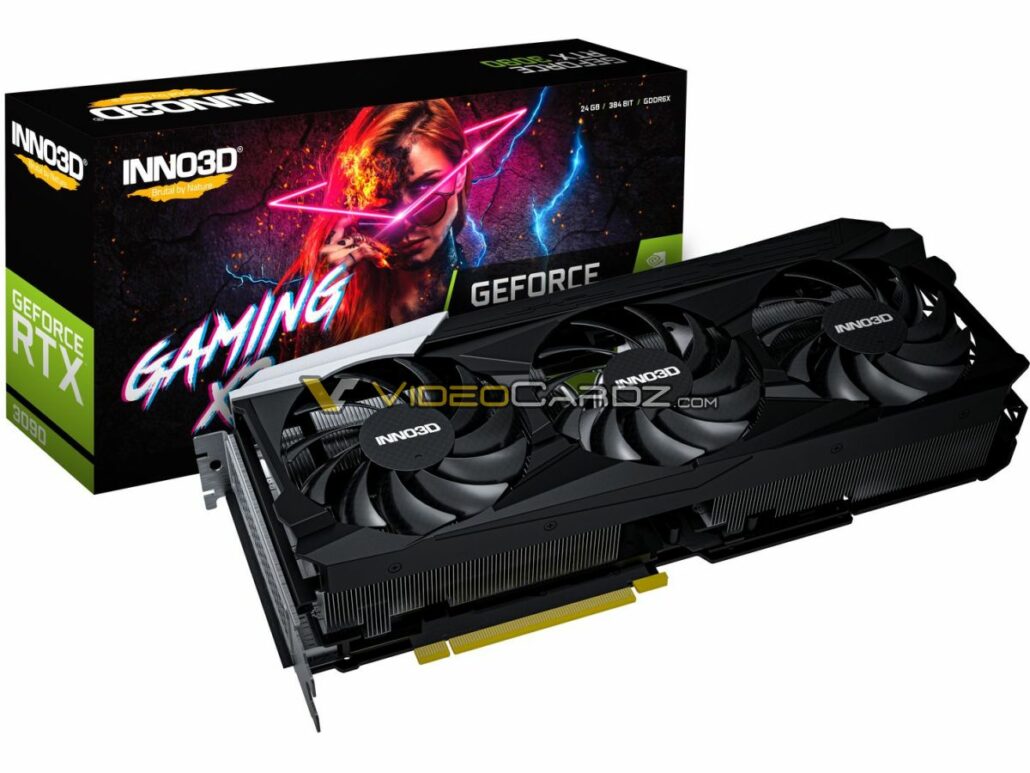 The GeForce RTX 3080 Twin X2 OC is a factory overclocked model which comes with a 2.5 slot form factor and a dual-fan design. The card features metallic silver and matte black finish on the shroud. The card has a large aluminum heatsink underneath it and it looks like that it is powered by a dual 8-pin connector configuration that hints at a custom PCB design. 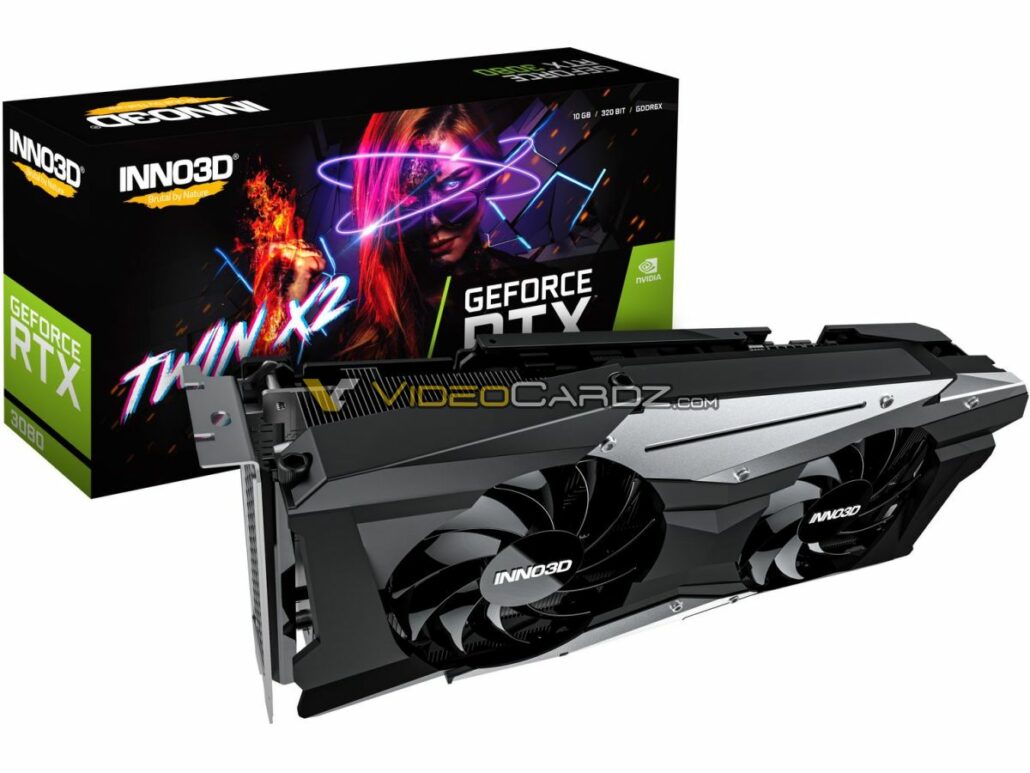