Inno3D is readying for launch of the GTX 650 with its Gamer Extreme Edition graphics card which sticks to the reference specifications. The GTX 650 and GTX 660 both are upcoming GPU's from NVIDIA which would launch on 13th September.

The GTX 650 Gamer Extreme packs 384 cores featuring a clock frequency of 1059MHz and 1250MHz (5GHz QDR) for the 1GB GDDR5 (128-bit) memory. Display outputs include Dual DVI and a Mini HDMI port. The GPU features a dual slot cooler with a single fan which blows air towards an aluminum heatsink and hot air is ventilated out through the exhaust bracket. 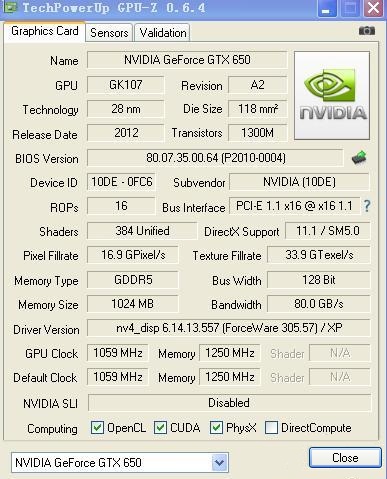