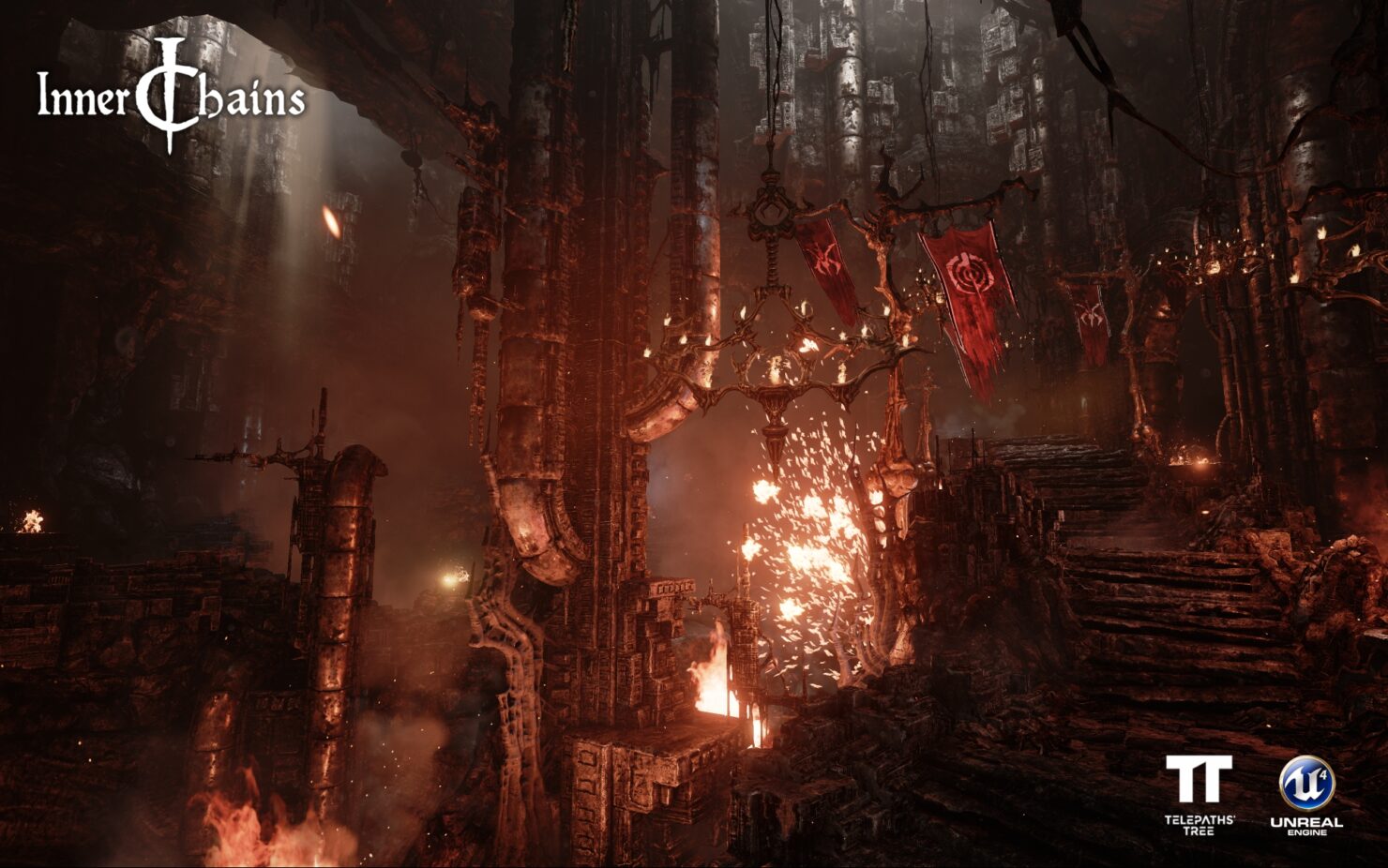 FPS Horror game Inner Chains is coming to Playstation 4 and Xbox One after picking up a publisher, IMGN.PRO. The Polish company will be publishing Inner Chains handling digital & retail worldwide distribution and localization; IMGN.PRO will be also be taking care of both console ports.

Inner Chains was initially slated for a PC release prior to IMGN.PRO coming on board after launching a successful Kickstarter campaign that raised $18,708.

Inner Chains has you try to survive a harsh and terrifying planet of horrors. Aside from the nightmare inducing environments, you'll have to uncover the secrets that lie within ruined religious sites scattered all over the dying planet.

Łukasz Kubiak from IMGN.PRO commented on the reasoning for adding Inner Chians to their portfolio of games:

It was a love at a first sight when we found out about the debut title from the Telepaths' Tree guys. Imagine a dark world where HR Giger meets Zdzisław Beksiński, add a grim, dualistic story and AAA graphics to it – that’s what Inner Chains is all about. To be successful as a publisher nowadays you need to be excited about the games in your portfolio, and let me let you into a secret – today I’m excited as never before!

Since the announcement, developer Telepath's Tree just unveiled a number of new improvements that will be implemented now that they have the support of IMGN.PRO:

Inner Chains is scheduled for release in Q1 2017 for Xbox One, Playstation 4 and PC. We had an exclusive interview with Tomasz Strzałkowski, Creative/Art Director and Co-Founder of Telepaths’ Tree, which contains lots of details about Inner Chains.