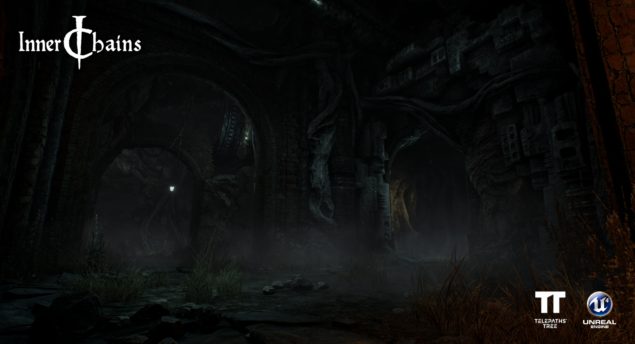 We've posted a few weeks ago about the Kickstarter campaign of Inner Chains, a First Person Shooter/Horror game by Polish developer Telepaths Tree.

We had the chance to send a few questions to the development team and specifically Tomasz Strzałkowski (Creative / Art Director and Co-Founder) about the game. Among them, there were of course questions about one of the hottest topics in the gaming industry: Virtual Reality.

As part of another question, he mentioned that GameWorks VR by NVIDIA has been particularly useful in terms of performance (probably thanks to Multi-Res Shading and VR SLI). Inner Chains is being developed with Epic's Unreal Engine 4, which includes GameWorks VR and a bunch of other GameWorks features.

Finally, Strzałkowski said that it would be great to add PSVR compatibility once Inner Chains is ported to PlayStation 4 (which should happen alongside an Xbox One version).

Check back shortly to read our full interview on Inner Chains.