Are you one of the many people to platinum Infamous 2? or you didn't quite platinum it and got a mixed batch of trophies? Fret not because Infamous 2 is offering a great perk for those of us who HAVE platinumed the first game. 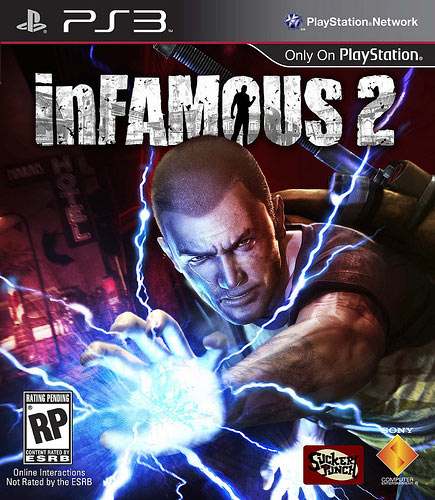 Rewarding players for platinums isn't something new to developers, they have done this before for games like Uncharted 2 (an Uncharted 1 platinum gets you $100,000 in the ingame store) and for all the Yakuza series.

These are pretty useful especially the free energy core's and the free XP, although I would love to see the additional dialog in the game too, The game is coming out June 7th for America and June 11th EU. June is a fantastic month for video games with Duke Nukem: Forever, Infamous 2, Alice Madness Returns and Shadows of the damned (another Shinji Mikami Project) all releasing in the same month you can rest assured that 3 out of 4 of these mentioned games will DEFINITELY be top hits. I for one can not wait for Infamous 2.