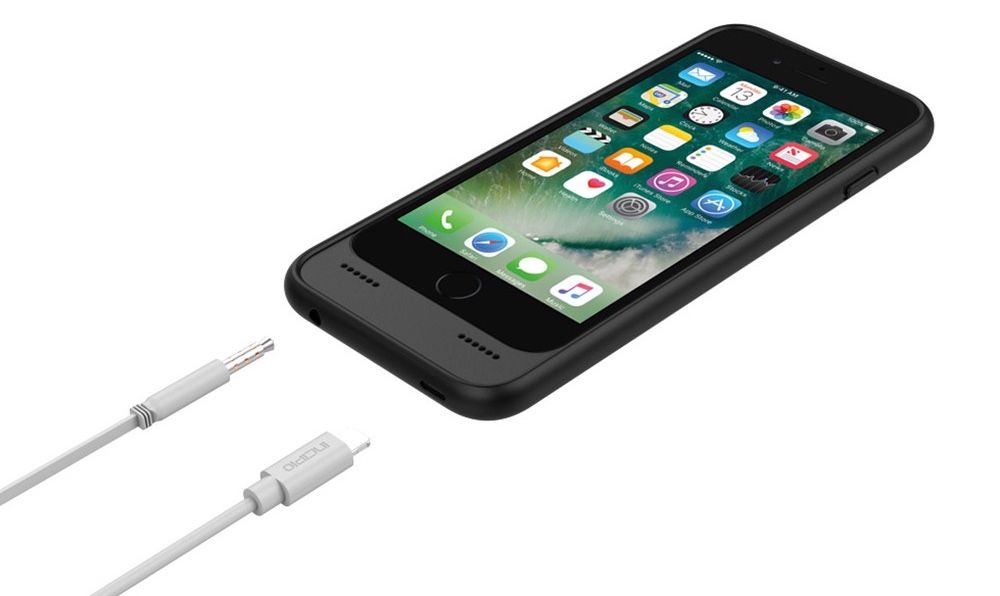 Announced at CES 2017, the Incipio OX case for iPhone 7 and iPhone 7 Plus lets you charge and listen to music using wired headphones at the same time.

When Apple killed the 3.5mm headphone jack with the iPhone 7 and iPhone 7 Plus, all hell broke lose. But thankfully, Apple did end up shipping the device with a 3.5mm-to-Lightning dongle to appease users. Oddly enough, it appears as though Apple's move wasn't enough to make everyone happy. For instance, take this situation into account where you want to charge your iPhone 7 or iPhone 7 Plus and want to listen to songs at the same using your wired headphones. Not going to happen. Because there's only one port in the iPhone now though which everything happens.

There are dongles available that prevent the issue from arising, but there's nothing more solid than a proper case to take care of business. The Incipio OX for iPhone 7 and iPhone 7 Plus not only lets you charge your phone and listen to music at the same time, but it even adds a bulk of protection around your prized possession. So yes, Incipio managed to kill two birds with one stone.

While the case may solve an important issue in your life, do keep one thing in mind: the case does add some extra bulk underneath the chin of the device. It makes sense for that happen too, since it is accommodating the entire 3.5mm headphone jack and rerouting the Lightning port for charging your device. In fact, at first glance, you might even mistake the accessory for being a battery case. Rest assured that it is not in any way. Despite being looking like one in a lot of ways. But the good news is that, unlike a battery case, the OX is pretty thin around the back, yet it offers a decent amount of drop protection which you can easily rely on.

The Incipio OX will be available in the first quarter of 2017 for a price of $59. Though that might sound pretty steep for a case, but do consider the most obvious benefit it brings to the table.