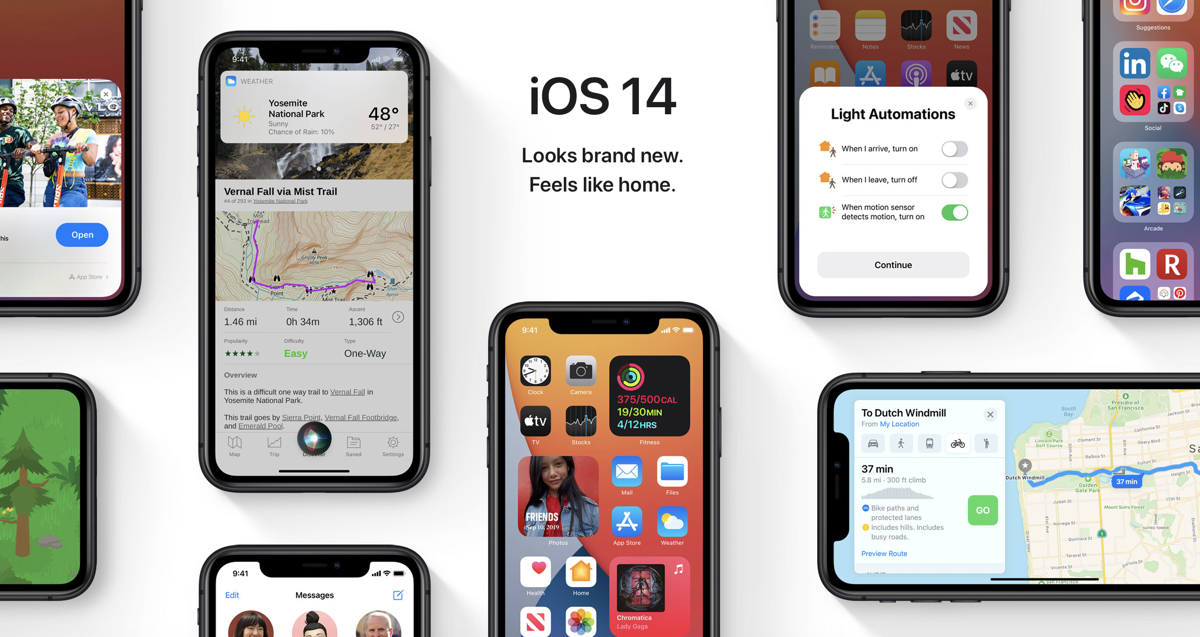 Apple's latest and greatest iOS 14 and iPadOS 14 were launched almost seven months ago. According to a new report iOS 14 adoption rate has reached an estimated 90 percent. What this means is that the platform is now installed on 90 percent of compatible iPhone and iPad models. Back in February, Apple shared details that iOS 14 was installed on 86 percent of all the compatible devices. Let's dive in to see some more details on the iOS 14 adoption rate.

iOS 14 Adoption Rate Reaches an Estimated 90 Percent, According to Data

As mentioned earlier, iOS 14 reaches an estimated 90 percent in less than seven months after being announced last year. The data comes from Mixpanel's iOS 14 adoption tracker. Since the iOS 14 adoption rate was 86 percent in February, we can say that after a month or so, the operating system gained 4 percent. While the exact number fluctuates, Mixpane's record shows iOS 14 hovering over the 90 percent mark. 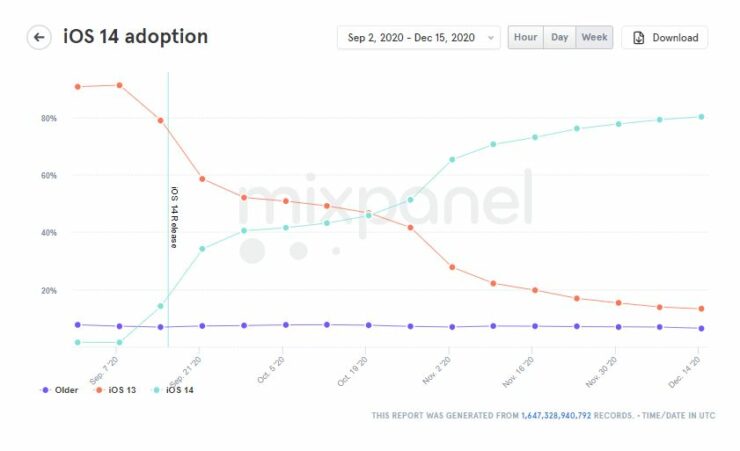 iOS 14 was demoed at the WWDC event last year and released to the public back in September with the new iPhone 12 series. The operating system was a major update as it brought the biggest change to the iOS Home screen - Widgets! It also brought forward the App Library which allowed users to minimize the clutter on the Home screen. In December, iOS 14 adoption rate rested at 72 percent and gradually we are seeing it grow on compatible iPhone models. Moreover, in less than a week, iOS 14 Adoption Rate Reaches 25 Percent. iOS 14 was installed on 25 percent of the compatible devices.

Lastly, Apple is expected to host the WWDC event this year from June 7 to 11. The company will announce its upcoming iOS 15 to the public which will be released to the general public alongside the iPhone 13 series. That's all there is to it, folks. We will share more details on the adoption rate as soon as we have more information on the subject. Are you running iOS 14 on your iPhone? Let us know in the comments.