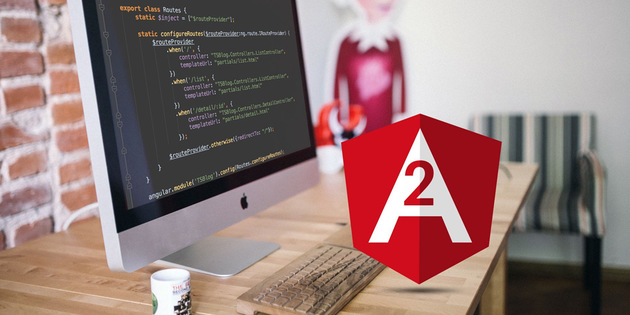 Angular 2 - the new version of the JavaScript framework created by Google - is allowing developers to architect larger scale and more maintainable software. Emerging as a hot topic for developers to learn, the platform has been praised for speed, cross-platform compatibility, and flexibility. Now is the time to future-proof your skills by separating yourself from the developer pack. Get access to over 44 intensive hours on the web's most exciting new framework.

Head over to Wccftech Deals and get an 88% discount the Immersive Angular 2 Bundle.

88% off the Immersive Angular 2 Bundle

1- Angular 2 From The Ground Up

This Angular 2 Course is 9 Hours & Still Growing, So Get On Board Now!

Learning Angular 2, the new version of the JavaScript framework created by Google, is easy with this immersive 9-hour course. You'll cover all of the fundamentals of Angular 2 and gain the skills to separate yourself from other web developers. The best part? This course is still adding content that you'll have access to down the line.

Angular 2 is the latest version of the powerful JavaScript library, AngularJS, and has been praised for the speed, cross-platform capability, flexibility, and expressiveness it has augmented from the original framework. The new features of Angular 2 put a greater emphasis on mobile development, browser compatibility, and dynamic loading. Throughout this course, you'll use Angular 2 to build 10 apps, gaining a better grasp of this new technology as you go.

If you want to gain a competitive edge in UI/UX design, web development, or mobile apps, then it's important to know Angular 2, the newest version of the popular AngularJS framework. Regardless of experience, this course will get you up to date with all the basic AngularJS features, and all the new ones contained in Angular 2. You'll start with an introduction to TypeScript, the Cloud 9 IDE, and using Angular 2 modules, before progressing to building your own Angular 2 projects.

4- Angular 2 with TypeScript for Beginners: The Pragmatic Guide

AngularJS is a structural framework that extends HTML to create more complex, dynamic web apps. The new version, Angular 2, offers the same benefits of the original, but is better aligned with Google's focus on mobile development, and uses an easier dialect of JavaScript, Typescript. This Angular 2 course has been created by industry specialists to equip you with the skills to work with both Angular and Angular 2 fundamentals and learn the best tricks to build better websites.

This course will take you through the basics of Angular 2 to get you up to speed with this powerful new framework so you'll be ahead of the curve as it continues to develop.

Immersive Angular 2 Bundle: Get Access to 44 Intensive Hours on the Web’s Most Exciting New Framework