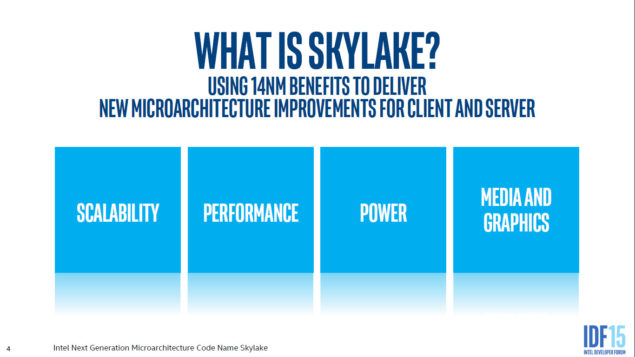 Featuring improved performance, better power efficiency and faster graphics cores, the Skylake processors are the first mainstream family from any chip maker to be fully compatible with DDR4 memory while future processors are on the road and will integrate faster eDRAM based cache that will significantly boost/enhance performance while reducing latency so that applications work and load faster. Several key technologies are part of the Intel Skylake family that include faster memory, storage solutions, more PCI-E lanes, support for future NvME based SSDs and even Octane (3D XPoint) SSDs. The article we are compiling today will give you a brief insight on what Skylake is and what architectural changes were incorporated to make Skylake faster and more efficient than its predecessor. 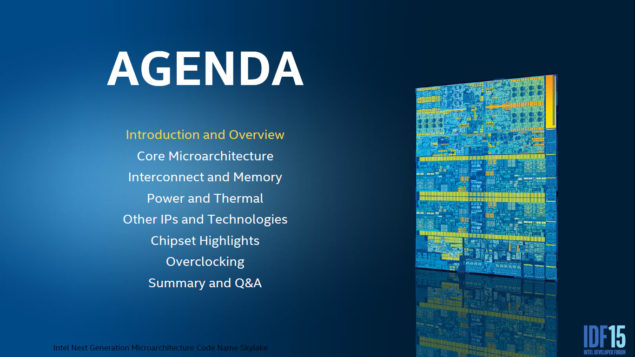 The analysis will revolve around the CPU microarchitecture details followed by the GPU architecture which was detailed yesterday, the several Hardware P-states and finally an insight into the new platform features that will be featured on Skylake desktop and mobility processors that are bound to launch in a few months time. For those interested in finding details on specific SKUs featured in the Skylake family, you may want to head over to the links for Skylake-U, Skylake-H and Skylake-S family. Those who want to read on the architecture details should visit the respective pages from the drop-down menu feature below: