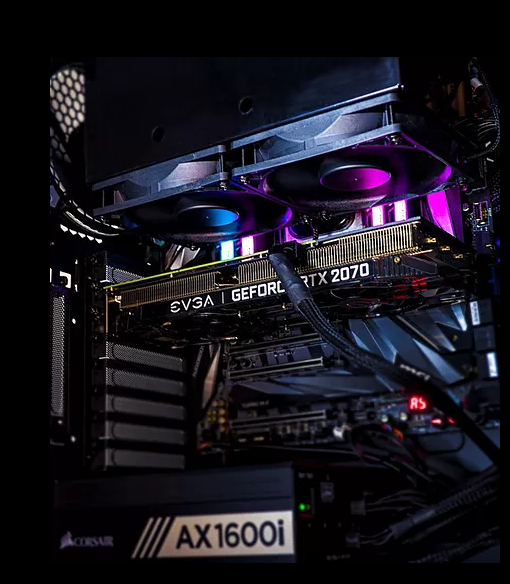 IceGiant's ridiculously sized, next-generation, ProSiphon Elite CPU cooler has been tested by the folks over at TomsHardware. IceGiant's Thermosiphon cooler might not be on sale before Spring 2020 but it is one truly impressive and a non-conventional cooler that is being developed for high-end processors.

The IceGiant ProSiphon Elite offers a much-needed innovation in a market that hasn't had any significant change in the most recent years. A team of engineers at IceGiant with backgrounds in industrial and enterprise thermal solutions with a history of designing ProSiphons has made the Elite variant for the gaming, creation, and DIY enthusiast community.

This design differs from a typical CPU cooler's design by having a gravity-driven, two-phase CPU cooling. This design looks like IceGiant attached a radiator to the CPU base. Still, this CPU cooler doesn't have a pump; instead, this cooler uses gravity and includes dielectric fluid to allow for adequate circulation of the liquid. The radiator attached to the CPU base is cooled from two 120 mm fans. Some general specs of the ProSiphon Elite include:

A few close-up shots of the ProSiphon Elite CPU cooler from Tomshardware's review!

This CPU cooler was designed around the idea of having zero maintenance in harsh environments by having no pump, meaning no moving parts to fail during operation. Another feature to keep this CPU running as well as possible is the overall lack of sludge buildup, which is achieved from using not only the dielectric fluid but also using the gravity-driven design.

IceGiant outlines the Two-Phase cooling, Step 1 is the CPU boils the dielectric fluid inside the evaporator, the vapor flows up and into the condenser from there cool air flows through the condenser and changes the vapor back to a liquid form. Then gravity makes the now liquid-vapor fall back into the evaporator where the cycle then repeats itself. 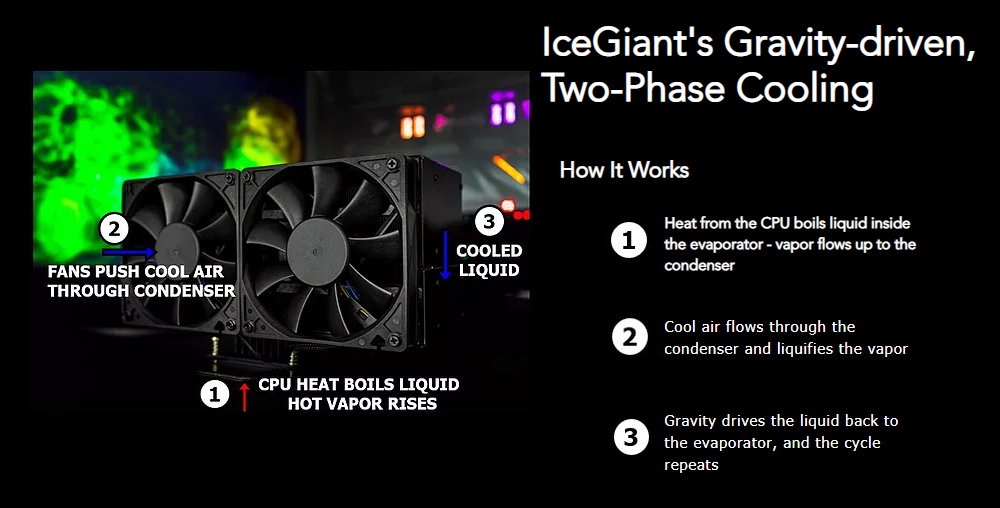 This CPU cooler is compatible with AMD's AM4, TR4, and sTRx4 sockets, which allows for even the newer Threadripper CPUs to be cooled by this new innovative tech. On Intel's side, the CPU cooler offers support for Intel's 115x, 2011/2066, and 1366 sockets. Although this provides widespread support for many CPU sockets, the case has to allow for the overwhelming size of this CPU cooler, the overall dimensions being 165.5 mm x 251 mm x 90 mm, which offers RAM DIMM clearance for up to 52 mm.

IceGiant's Thermosiphon is called the ProShipon Elite, which is designed for the HEDT processors in mind, providing more than enough cooling performance for even the beastly, AMD Ryzen Threadripper 3970X  32-core processor, as shown by Tom's Hardware's review. This is currently available for reserve from IceGiant's Website for a price of $19.99. The actual pre-sale price is listed at $119.99 US.