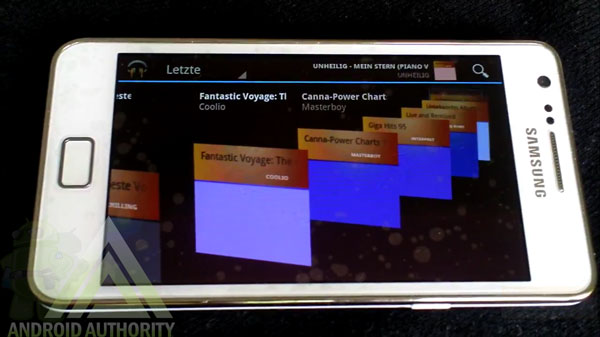 The Galaxy S2 has been one of the most successful Android smartphones to date with over 10 million units sold, so its obvious when Android's latest version comes out, Ice Cream Sandwich would come to the GS2 aswell. And now we finally have a video of a white Galaxy S2 running Android Ice Cream Sandwich. We can't say if the video is legit or not, but it sure does look legit to me, it has similarities with the previous leak of ICS running on the Galaxy Nexus/Nexus Prime.

Wether the video is legit or not is yet to be seen, but judging from this and the previous video regarding the Nexus Prime running ICS, we can safely say, Google has really stepped up its game with Ice Cream Sandwich. The OS looks alot better than Gingerbread and hopefully ICS can change things in favor for the Android smartphones following Apple's launch of iOS5. Google and Samsung will be unveiling the Galaxy Nexus and Android Ice Cream Sandwich on the 19th of October in Hong Kong at 10:00am local time Hong Kong.