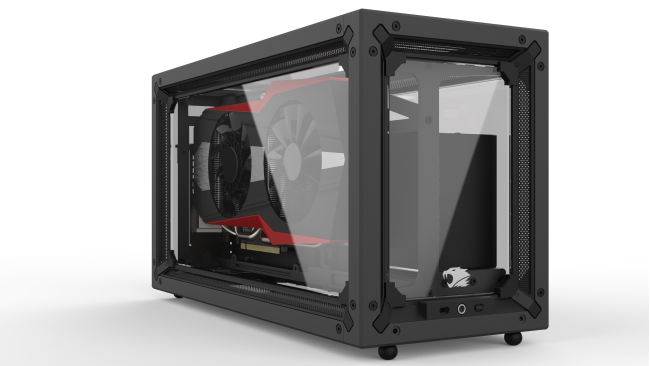 iBuyPower has shown off the Revolt GT3 Mini-ITX PC which is the successor of the Revolt 2 PC that has been on the market since 2016. The new system is designed to offer an even more compact design, allowing for a mini-ITX setup with unconstrained performance.

The Revolt GT3 is seemingly going to be powerful, but this PC won't be available until Q2 2020

The Interior layout is built around a central spine that runs from the rear to the front of the chassis, one side has the motherboard, and the backside of the chassis has a graphics card installed. The graphics card utilizes a PCI-Express riser cable, and all the components are suspended inside the chassis through rubber supports to help dampen vibrations. Both sides of this case have a tempered glass side panel that can be pushed out to allow for more clearance.

This system measures 404 x 165 x 220mm making this Mini-ITX very small and the glass panels when flipped to be bulging outwards to increase part clearance inside the chassis instead. With both panels bulging outwards gives this case an extra 10 mm wider, adding roughly twice that space to the clearance internally. 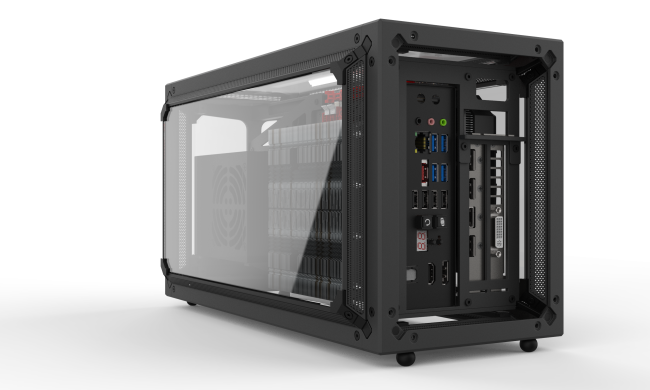 The main concern with this type of case is cooling. The tempered glass panels don't allow for much airflow, to combat this issue surrounding the glass panels is an aluminum mesh for airflow. These mesh parts are minimal and might not be able to get adequate airflow. iBuyPower thought of this issue and has made the top, side, and front panels that utilize full meshed variants as well. 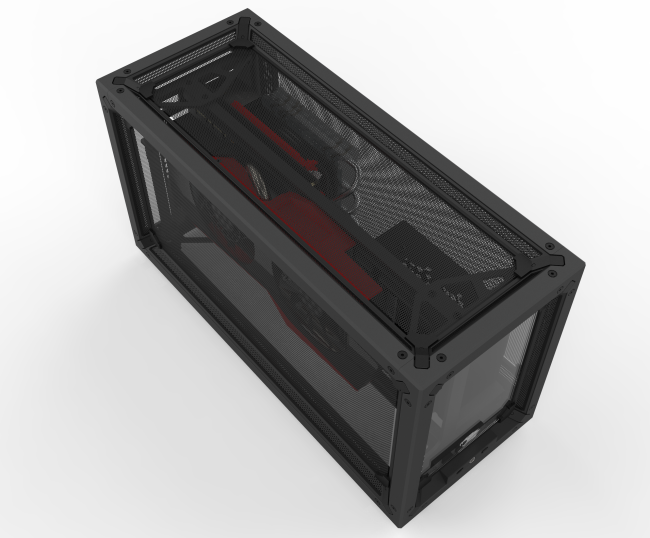 Since this case is going to be sold as a full system, the technical specification is just as important as the details about the case itself. Sadly, iBuyPower didn't release any technical specifications but with the SFX power supply offering up to 750-watts of power. Along with this case having support for up to a 339 mm long GPU, most likely means that this case will be housing some high-end components/builds. This case also offers support for up to 2.5" hard drives or SSDs if so desired.

Along with no making any technical specifications available yet, iBuyPower has not released any information regarding pricing. These devices are planned to be available in Quarter 2 in 2020.