While Samsung and TSMC are attempting to overtake each other in the 10 nm FinFET race, here we have IBM with even more ambitious plans. According to American media reports, the tech corporation stated that it has already made functional versions of ultradense computer chips. These computer chips exude four times the processing capabilities of current generation’s most powerful chips. According to the report, IBM will be manufacturing 7 nm chips in an effort to further reduce power consumption and increase processor clock speeds for unprecedented levels of performance. 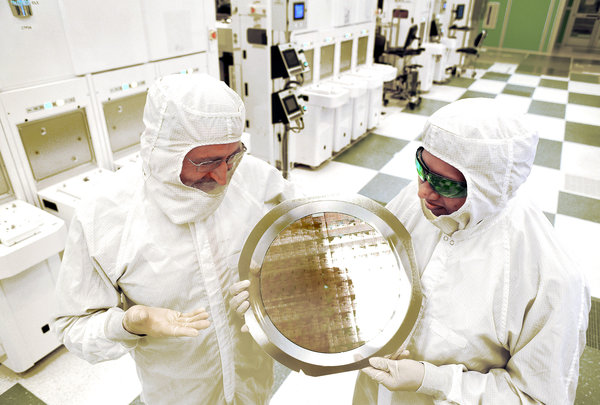 IBM Investing $3 Billion With NY State, GlobalFoundries, Samsung And Other Equipment Vendors To Begin Work On These 7 nm Chips

The tech behemoth has been reported to invest a mammoth amount of $3 billion in a private-public partnership with the following:

Currently, industries are showing signs of wear and tear in transitioning to a much smaller lithographic process. Intel, which was regarded as the king of this particular type of industry, has started to face a myriad number of technical challenges. Additionally, analysts and technologists alike have started to question the pace of chip improvement procedures, which at this current point, are shifting from 14 nm FinFET to 10 nm FinFET.

Previously, the chip industry was showing rapid improvement, with the density shrinking with each passing year. IBM plans to revive that pace by rolling out 7 nm chips. Currently, these chips are still in research phase, with the latest study suggesting that semiconductor lithographic process will continue to shrink till 2018. According to the company, its 7 nm chips were made by using a new material; silicon-germanium instead of pure silicon, in key regions. 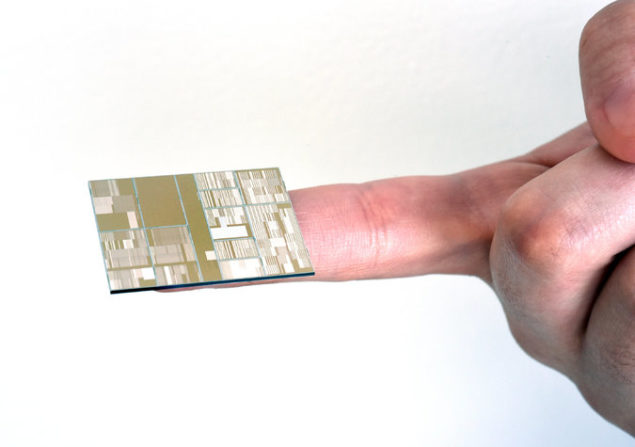 The firm states the new material results in making possible faster transistor switching and lower power requirements, something that pure silicon has difficulty reaching. However, in order to make them viable to be used in a variety of applications such as processors and mobile SoCs, further advances such as requiring new materials and different manufacturing techniques will have to be observed. According to Subhashish Mitra, Director of the Robust Systems Group, he states that:

“I’m not surprised, because this is exactly what the road map predicted, but this is fantastic.”

The size of 7 nm chips can be illustrated thanks to following description:

The semiconductor industry, which is currently using pure silicon to shift from 14 nm FinFET to 10 nm FinFET, will have to decide if jumping on to 7 nm chips will only be possible thanks to the use of silicon-germanium. Intel has also stated that it is eyeing the 7 nm chips manufacturing process, but has not given any details on how the firm plans on accomplishing this.

So far, IBM has declined to provide info on when the company plans on making 7 nm chips for commercial manufacturing purposes. TSMC had earlier stated that its pilot production of 7 nm chips will commence in 2017. However, unlike IBM, it has not demonstrated samples in order to showcase how it’s going to be meet that goal.

At present, it cannot be deduced whether or not the new generation of EUV photolithographic stepper machines would result in making clean 7 nm chips. Just to be clear, the slightest deviation or vibration can result in decreasing the precision of optics that are used to create lines of molecular thicknesses. In order to prevent this, semiconductor manufacturing firms have to invest an exorbitant amount of money in order to construct specially stabilized buildings that prevent vibration of any forms as much as possible. 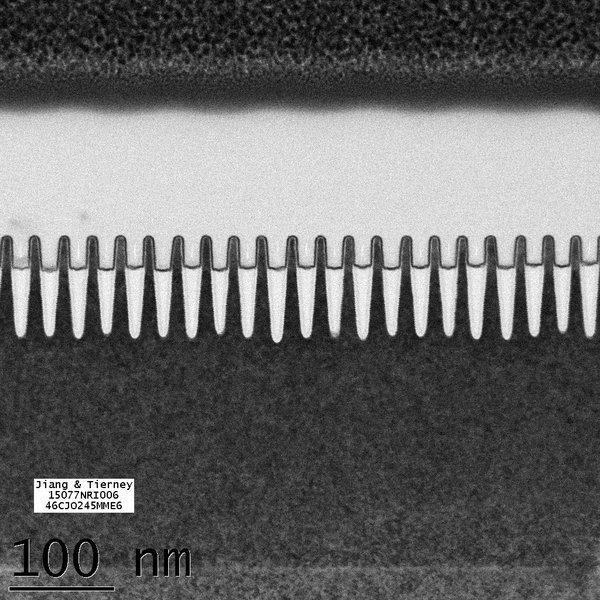 According to Mukesh Khare, who is Vice President for semiconductor research at IBM, states the following:

“EUV is another game changer.”

EUV light in commercial manufacturing operations might provide the best possible alternative to produce 7 nm chips accurately, but unfortunately, this demonstration has only been carried out in a research lab, and not an actual manufacturing plant.

At present, 10 nm FinFET is going to be the face of semiconductor’s manufacturing process, which will employ the use of pure silicon. If this material is unsuitable to create 7 nm chips, then perhaps manufacturing firms will have no choice but to stick to IBM’s gut. Regardless, with this breakthrough, we expect a different firm to win the 7 nm race, but it is too early to crown a king at this point.