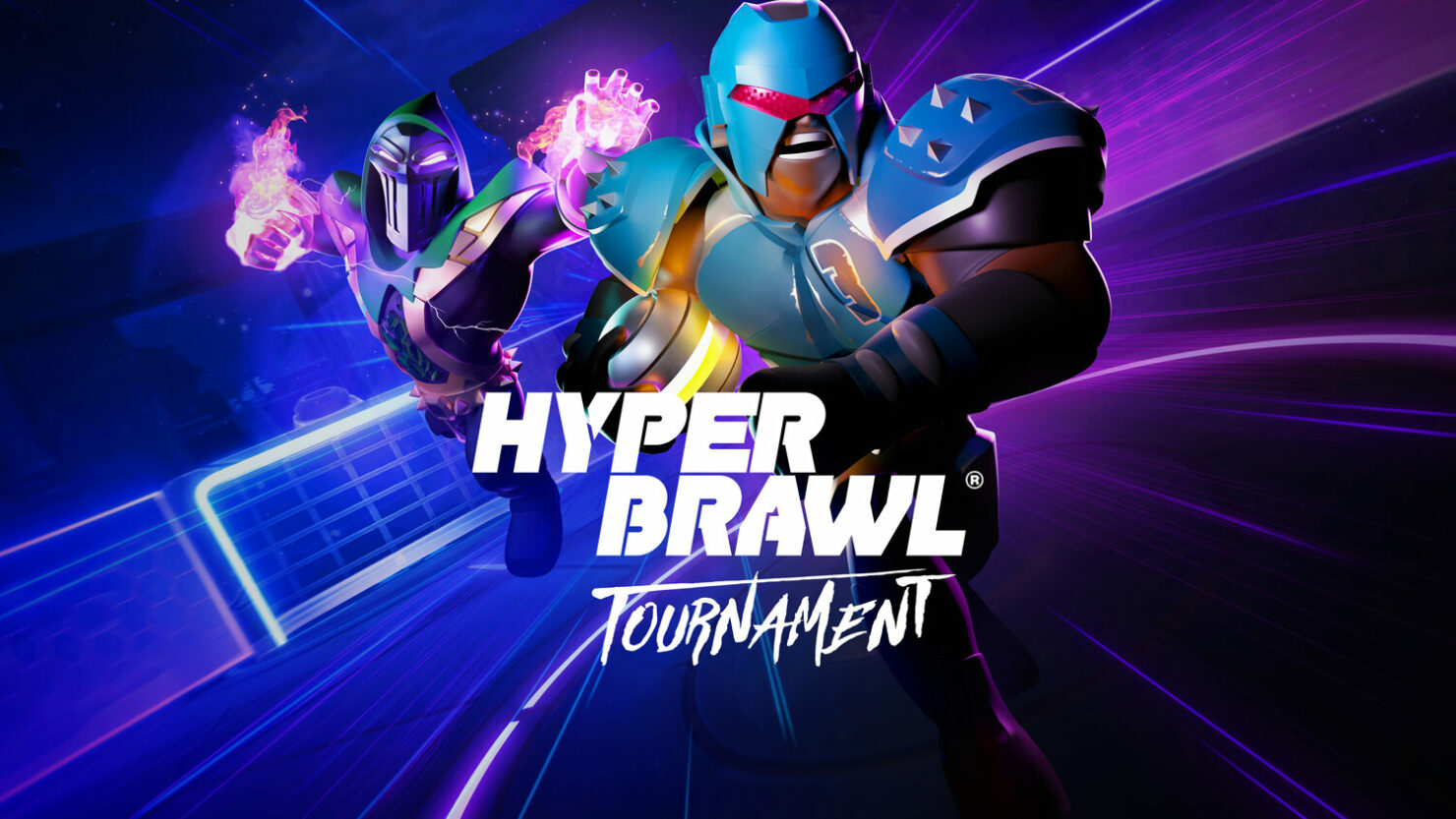 A fusion of electric-paced American Football meets Soccer, in a kind of science-fantasy world. Does that grab your interest? It probably should, because it sounds interesting. So that description is what Jon Holmes, the studio director at Milky Tea Studios and Game Director of HyperBrawl Tournament, describes the game as.

Before I was sent an email asking me to take a look at the game, I knew nothing about it. I'm not going to hide that fact. Now I'm writing about it. So, this should put across the simple point that I'm at least a little interest in the game. This is certainly true, HyperBrawl Tournament just seems to offer something different.

So what exactly is HyperBrawl Tournament? Well, it's a 2v2 arena-based sports brawler. This is another description given by Jon Holmes. From what I've seen of the game, I would say that seems accurate. The teams most assuredly are two versus two. It's definitely a sports game, one of the biggest inspirations being Calcio Fiorentino, a game that seems to be a violent mixture of football, rugby and all-out fighting. Another inspiration, this time in video games, is Speedball. Other titles mentioned by the developers are Rocket League and NFL Blitz.

What you may not know is HyperBrawl Tournament has already been out for a little over a year. Originally it was set to launch on the PC and consoles but a proposal from Apple led to a pivot from PC and console, where the game was just going to launch, to be one of the one-hundred launch titles of Apple Arcade. A little over one year later and the game is expanding to the PC and consoles, also utilising the extra power that the hardware gives them to enhance the game.

So what's been changed for those who've already played it? Aesthetically, the game has seen improvements across the board. When it comes to playing the game, you're going to find an swathe of changes. Online, you'll find enhanced multiplayer system with leaderboards. Online and Offline, there are new game modes to jump into, giving you more of the game to explore.

So what are the features? There are twelve characters with eight weapons, so you have a slight level of customisation going into a match, as well as letting you choose what to slaughter your enemy with. The brawl part of HyperBrawl tournament is more than just hitting with a weapon, letting you kick and punch anybody else on the field. That or you could simply throw the ball as hard as you can at an enemy, knocking them out.

Take too much damage and you won't be worrying about regular attacks. Any character that has taken enough damage gains access to a mechanic called HyperForce. The HyperForce ability last for ten seconds, giving the character a boost to speed and strength and can result in what seem to be amusing parts where you'll knock an opponent out of the arena completely.

Naturally, when you're throwing the ball, you're going to want to do more than just knock other people out with it. You're going to want to score a goal. This is where one of the key abilities and core mechanics in the game shines, this is the HyperCurve. HyperCurve lets you control the ball in mid-air, adding a level of upredictability in the game as the ball could literally go anywhere. There is a trade-off between power and control though. Throw the ball too hard, even your HyperCurve ability won't give you too much control.

Playing the game, you'll be able to jump through the single player campaign that follows a story about being crowned the new protector of the universe. Naturally, you'll be able to play online with and against other people, but in a move to make it a natural party game, Milky Tea studios also have couch co-op. For those playing on the PC, the game's also designed to work naturally and well using Mouse & Keyboard, so there'll be no terror-inspired Rocket League flashbacks here.

HyperBrawl looks interesting, there's no doubt about that. It's more than likely been successful enough on iOS to support a full PC and console launch of the game, a launch that seemingly isn't supported by early access. This will be a full game with plans for updates down the line. It will also be joined by a release of the Soundtrack, produced by Steve Levine, by Sony/ATV.

All of this when the game finally launches on PC and Consoles on the 20th of October.