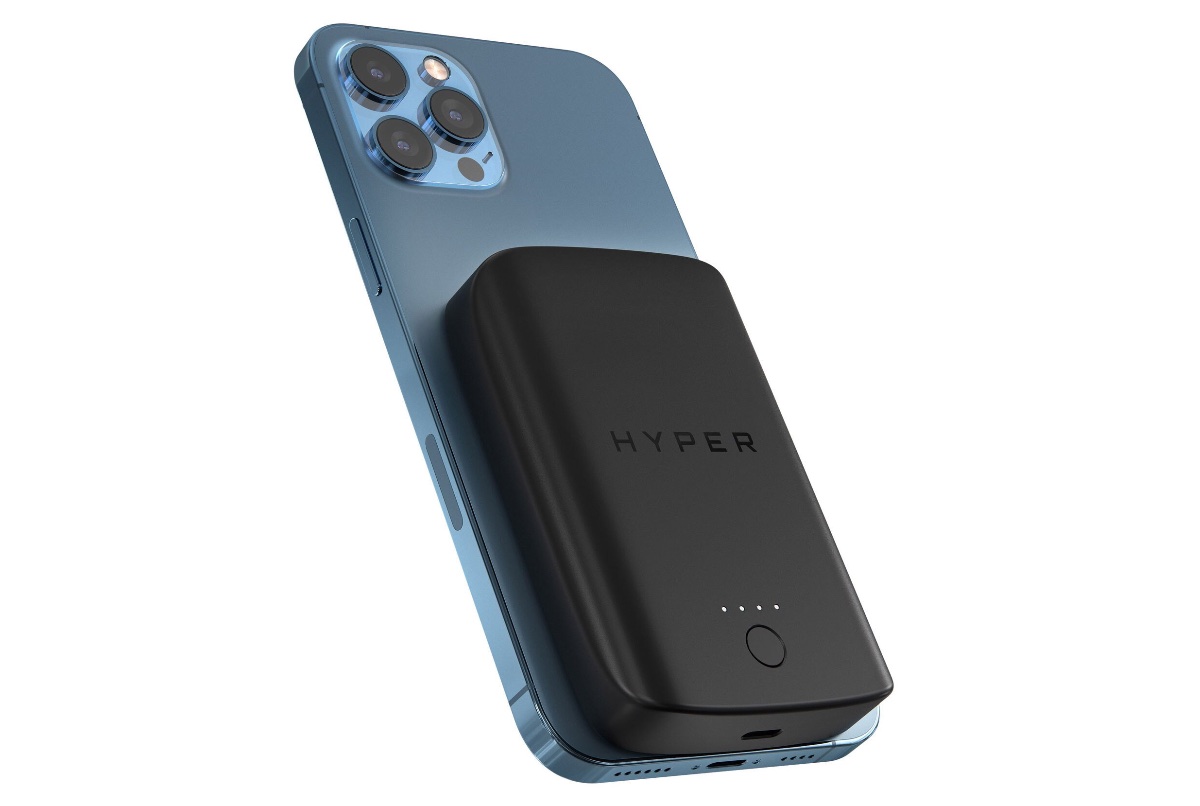 Hyper has announced a brand new battery pack aimed towards iPhone 12 lineup users. It uses MagSafe to align and stick itself to the back of the iPhone.

Anker announced its very-own MagSafe battery pack a while back and was received with mixed feelings at best. I say 'mixed' because the power bank was limited to just 5W of charging speeds which is super mediocre at best.

Today, Hyper is entering the MagSafe power bank arena with its HyperJuice Magnetic Wireless Battery Pack, but is promising a slightly better product than Anker.

This power bank features a 5,000mAh capacity which is good for a near full charge for the iPhone 12 Pro Max. Thanks to the heat losses caused by wireless charging, do not expect it to perform great in heat.

This power bank uses magnets to attach to the back of an iPhone 12 but keep in mind that you will be limited to just 7.5W of charging speeds which is definitely a step up from 5W. Furthermore, you can charge two devices at once, thanks to the included USB-C port which will push out 12W of power when needed. 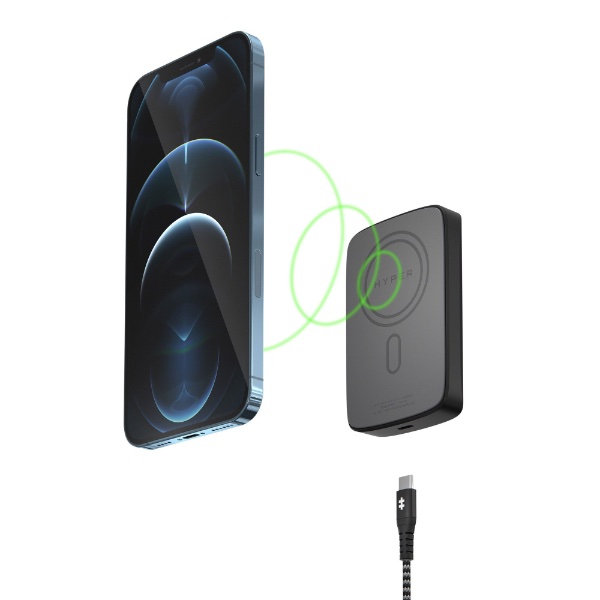 Even if this power bank is completely dead, you can use the passthrough feature to use this as a wireless charger to juice up your iPhone 12. Just plug in that USB-C cable to a wall charger and off you go.

At $39.99, it is priced the same as the Anker power bank. But the big question is: do we recommend this over what Anker is offering? That is a huge yes, thanks to that passthrough feature and 7.5W wireless charging speeds.

If you are interested in the HyperJuice, head over to this link.