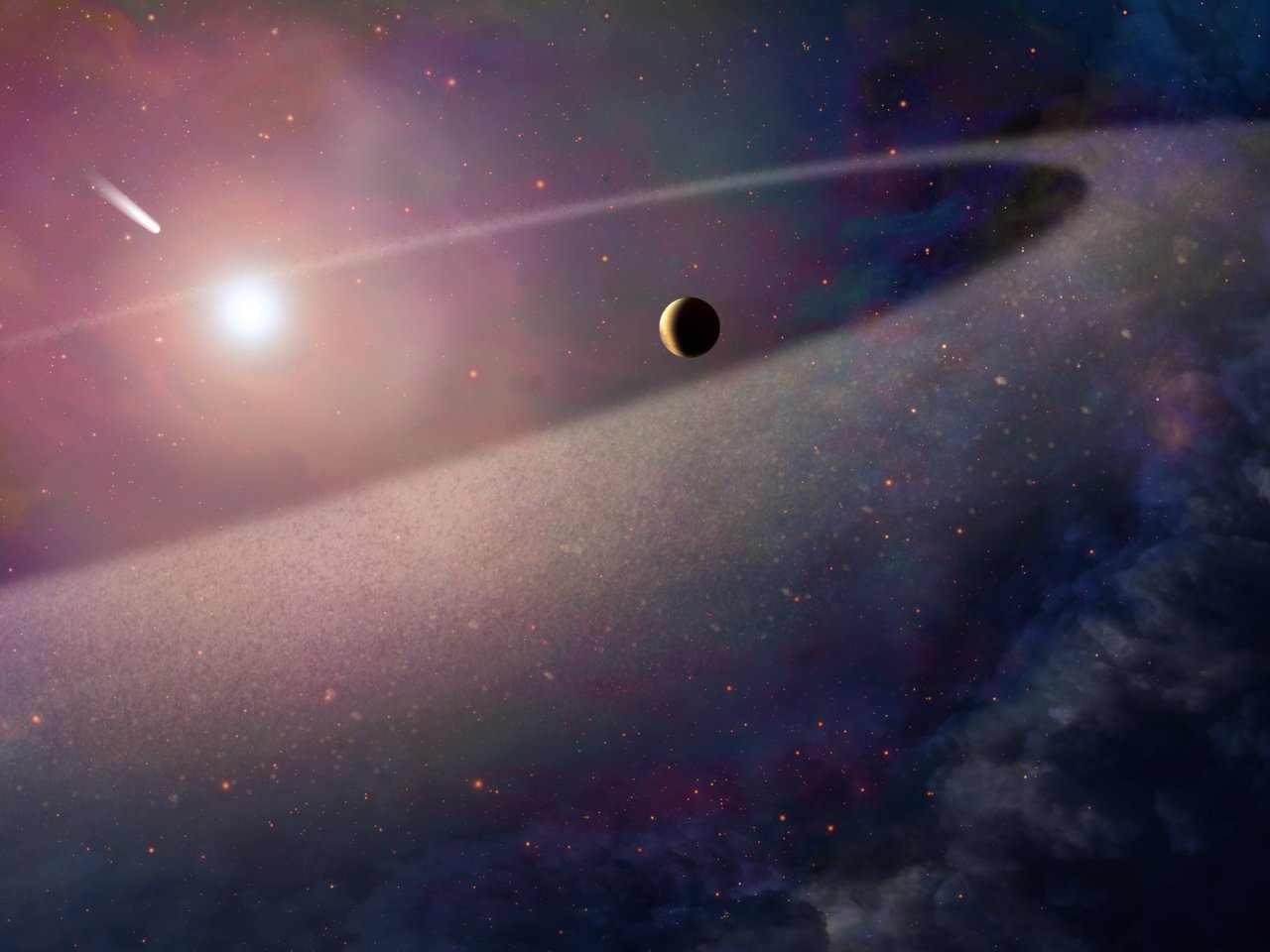 The Hubble Telescope happened to capture a white dwarf star rip apart a comet-like object for the first time in space. It demolished the object into millions of pieces which scattered across its atmosphere. The object destroyed had a similar chemical composition to Halley’s comet, the famous comet which passes the Earth after every 75 years. It was also 100,000 times more massive. Thus, the object is now being referred to as the “Big Brother” of Halley’s comet.

Before we get into the details of the event, it is important to know what white dwarfs are.

White dwarfs are extremely dense stars which were once similar to our Sun. They eventually collapsed into more compact forms, having masses as huge as our Sun but into the volume as big as our Earth. Their density thus gives them the ability to exude powerful tidal pulls that can tear apart any object in its immediate vicinity.

A little about the Big Brother

The icy comet which was ripped apart was similar in composition to Halley’s comet, except its size which was 100,000 bigger. Both the comets consist of life-sustaining elements like oxygen, carbon, nitrogen and sulfur.
It wasn’t just the white dwarf’s first time to be devouring an icy comet, it was also its first time ripping apart an object which was saturated with nitrogen.

"Nitrogen is a very important element for life as we know it," said Siyi Xu, a lead researcher from the European Southern Observatory in Germany. "This particular object is quite rich in nitrogen, more so than any object observed in our Solar System."

What is curious, however, is how this comet came so close to the white dwarf star. One hypothesis suggests that it was shot off by another comet in the system whilst it was near its parent star, just like the Kuiper belt near Neptune in our Solar System. The question which arises from this is whether there are any more icy-belt comets still left around that star. Scientists seem to believe so and are therefore conducting another research on it.

"The new findings now provide observational evidence to support the idea that icy bodies are also present in other planetary systems and have survived throughout the history of the star's evolution," explains a Hubble press release.

These observations are important because our Sun is also expected to be transitioning into a white dwarf star. It will, therefore, help us in figuring out whether the Kuiper belt past Neptune will survive the drastic change.