Andriod gaming consoles are slowly making their way into the gaming industry. With Ouya leading the path, many developers have launched their smaller and cheaper living room consoles running Google's most famous Android platform. Android consoles are new to the industry and have very little to do with the big players such as Sony and Microsoft, but in long-run, these consoles could do a bit of harm to the top gaming consoles such as PlayStation 4 and Xbox One. One more console has been added to the family of Android based gaming consoles by Huawei.

Huawei, a Chinese multinational networking equipment and mobile phone manufacturing company has announced its take on the Android gaming consoles. Named as TRON, the first gaming console by Huawei has been revealed at CES 2014 just after China lifted the ban on gaming console sector that was imposed back in 2000. Looks like the company was already aware of the situation.

Very similar to Ouya, Huawei Tron is a simple Android based console which can stream android games to an HDTV via an HDMI cable. With a price tag of $120, Huawei Tron costs $20 more than the $100 Ouya, although the console’s price is still very less than the latest PlayStation 4 and Xbox One consoles. This price tag would help in attracting the attention casual and Android gamers. 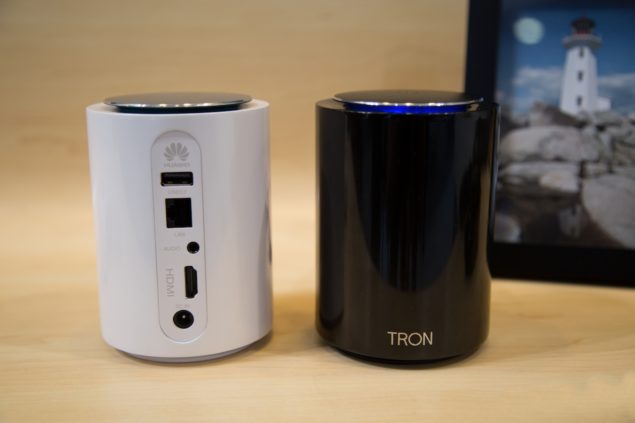 The cylindrical Huawei Tron console runs on Android version 4.2.3, rocking a Tegra 4 processor. You would be able to choose between 16 or 32GB storage version of the console, both would come with 2GB of ram. The console features a USB 3.0 port and supports both WiFi and Bluetooth connectivity, four gamepads could be connected with the console simultaneously. The most impressive feature of Huawei Tron is that it fluently streams 4K video display. 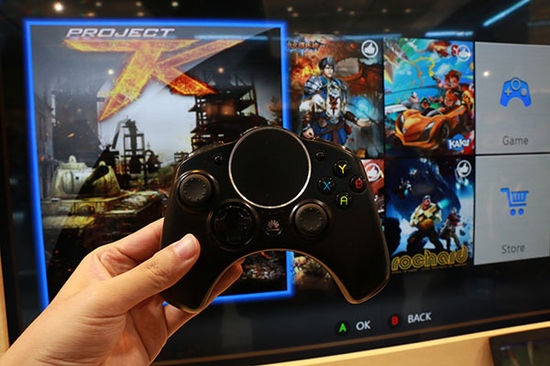 Huawei Tron just appeared out of nowhere at CES 2014 so very little is known about the console and its games, but it is for sure that the console will not feature Google Play store, instead players would have to use the Huawei store. 12 customs games were already available for the console at the time of unveiling. Huawei would be developing more games for its android game console with partnership of several gaming platforms like PlayStation 3, PC and NDS. The company has said nothing about the indie games yet.

Huawei Tron is actually aimed at Chinese market, and the timing is perfect because console ban has just been lifted in the country. Casual gamers would be more attracted towards Huawei Tron because of its lower price and 4K video streaming. The console would launch in China only after May of this year with a price tag of $120 or less.