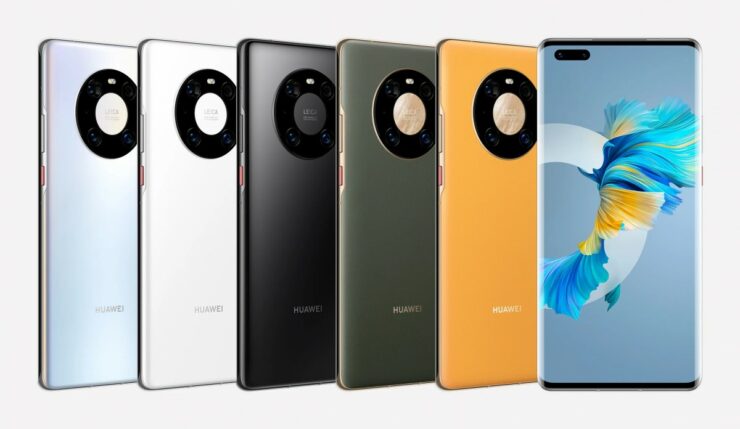 There is no overlooking the fact Huawei's fate hands in balance with all the sanctions that have been imposed by the U.S. However, that has not stopped the company from releasing flagship devices because only last month, the company released the Mate 40 series. While that series of devices did seem like the end for Huawei, it seems that the Chinese giant is looking to release the Huawei P50 series.

A new report from a Korean outlet suggests that P50 is scheduled for the first half of 2021. The same outlet also talks about how Samsung and Huawei are going to be responsible for supplying the OLED panels, as well.

To some, the P50 series might come as a surprise, but this does fit Huawei's schedule every year. As far as other information is concerned, the report also suggests that the Huawei P50 series will come with the Kirin 9000 processor. This does not add up entirely because Huawei reportedly talked about how the Mate 40 series would be the last phone to come with a Kirin processor under the hood.

If the report is anything to go by, it will confirm that Huawei still has a stock of Kirin 9000 chipsets to power the early 2021 flagship. However, that is not the problem here. Even if the Huawei P50 becomes a reality, it will still be subjected to U.S. sanctions and the ban of Google Mobile Services. The chances are that the P50 series might be based entirely on Huawei's HarmonyOS, ditching Android altogether.

Whatever the case may be, being a smartphone enthusiast, I am looking forward to seeing what Huawei has to offer with the P50 series. Despite the uncertainties that loom over the company, Huawei has delivered some of the finest smartphones over the year, and their P series phones have always been great for photographers.

With Huawei selling off the Honor subbrand, it would be interesting to see how the P50 series delivers a flagship experience.