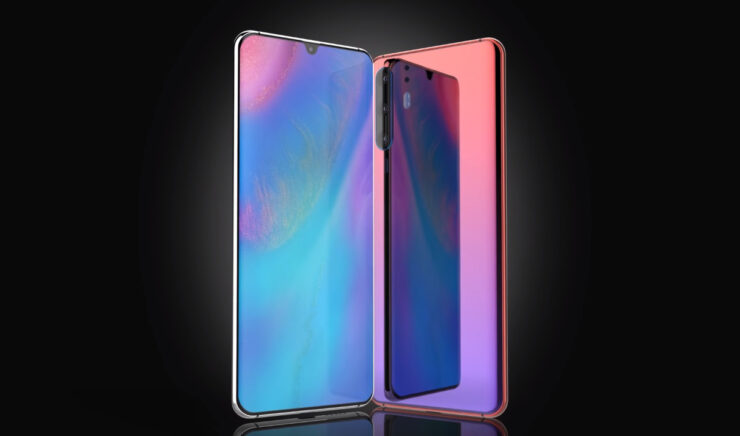 The Huawei P30 will most likely be revealed in March, and there haven’t been many reports or leaks on the P30 series so far. However, the design of the phone has been leaked now, and it appears that the phone will retain some of the design aspects of the P20 and introduce some significant changes as well. However, it is possible that Huawei changes the design when the P30 is officially launched, so anything can happen in the coming months.

Leaked Video and Images Reveal the 3.5mm Headphone Jack Will Make a Comeback With the Huawei P30

First off, the leaked video shows that the Huawei P30 will have the same iridescent design as its predecessor. There is no physical fingerprint scanner in sight, which can mean the phone might feature an in-display fingerprint reader or have it integrated with the power button (though Huawei is not known for doing that). The bezels have been slimmed down and the phone has a small waterdrop notch, which means we can expect it to have an impressive screen-to-body ratio.

Unlike the Huawei P20, the upcoming phone is expected to have a triple camera system on the back, arranged vertically. The main lens is rumored to be a 40MP sensor, the second sensor might be a 5MP telephoto lens, and the third one could be a 20MP wide-angle sensor. The selfie shooter is expected to be a 24MP sensor. Apart from that, the Huawei P30 might also feature a 3.5mm headphone jack, something which the last year’s model did not have.

As for the innards, the Huawei P30 will most probably be fueled by the in-house Kirin 980 chipset, which will be accompanied by 6GB or 8GB of RAM, along with 128GB or 256GB of internal storage. A 4,000mAh battery is expected to run the show. The P30 Pro, on the other hand, is expected to be a beast in the camera department, with rumors stating the flagship will sport a quadruple camera system.

The Mate 20 Pro was the first smartphone from the industry to feature 5x optical zoom without the need of a retractable lens and with the P30 series, we’re expecting the similar upgrades. What features are you most excited for during the upcoming launch? Tell us your thoughts down in the comments.