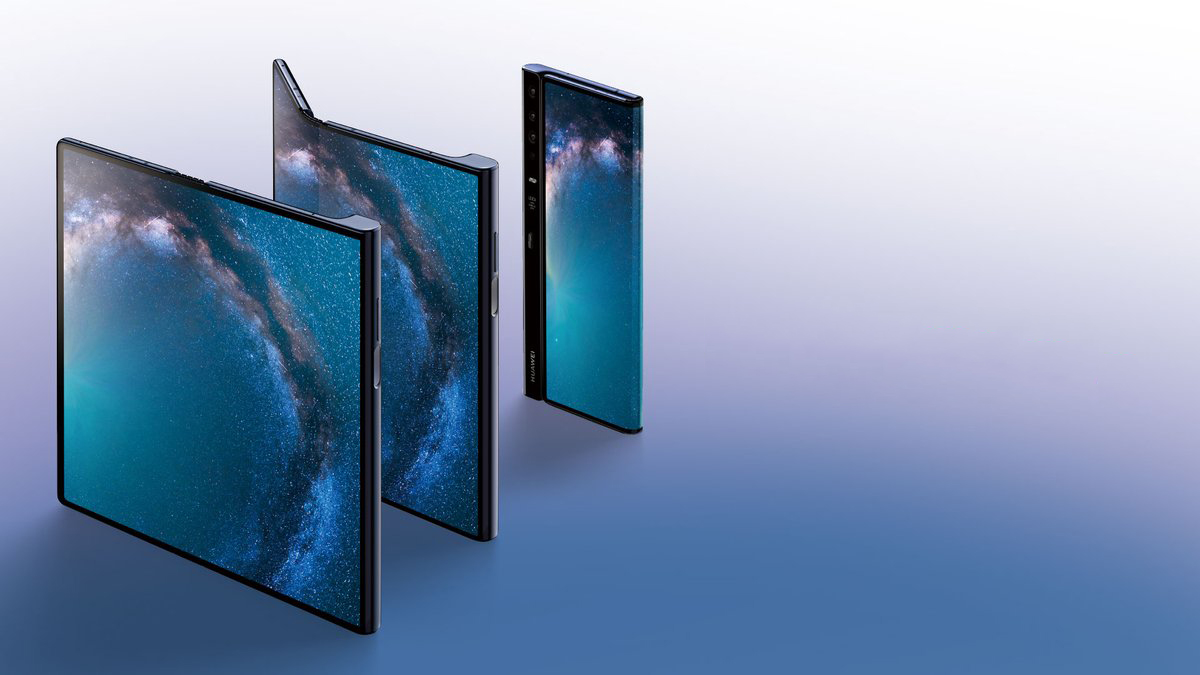 Samsung recently unveiled the Galaxy Fold and while the phone did look impressive, there are some concerns about its dimensions and small secondary display. Huawei believes MWC 2019 was the ideal platform to get some eyes and ears rolling on its newly launched foldable phone, the Mate X. Though it folds just like the Galaxy Fold, it is a lot different than Samsung’s unique device.

In Addition to Unique, the Huawei Mate X Costs a Lot More Than Galaxy Fold and Is Fueled by a 7nm SoC

The Huawei Mate X has an 8-inch OLED display when it’s unfolded. In its tablet form, it is 5.4mm thick and has an additional 11 mm strip to house the triple camera system. It folds outwards into an 11mm thick handset with a 6.6-inch main display and a 6.4-inch secondary screen. This means that when the phone is folded, you can use the main camera setup for selfies. Moreover, both the displays of the device can be used simultaneously when it’s in its smartphone mode. There appears to be no gap in the device’s fold which means the display wouldn’t have a crease.

Apart from being foldable, the Huawei Mate X is also 5G-ready thanks to the company’s Balong 5000 modem, and it fueled by the Kirin 980. Like the Galaxy Fold, this device has two batteries, one in each half of the Mate X, with a combined capacity of 4500mAh. The Mate X will also support Huawei’s 55W fast charger which can top up the phone up to 85 percent in just half an hour.

The phone also has a dual-SIM card slot, and the second one can also accommodate Huawei’s Nano-Memory Cards. Needless to say, this is a futuristic device but there is one thing that Huawei has skimped on; an in-display fingerprint scanner and a ‘hands-free’ facial recognition system. The phone has a conventional fingerprint scanner instead, which might have been completely alright with customers, if not for that steep price tag.

The Huawei Mate X will be released in the second half of the year and cost an ‘eyebrow-raising’ $2600. While the price tag is exorbitant, it’s hardly surprising as the phone offers two nascent technologies, 5G and foldable display technology. However, would people be willing to spend $2600 for something like this? Tell us your thoughts down in the comments.