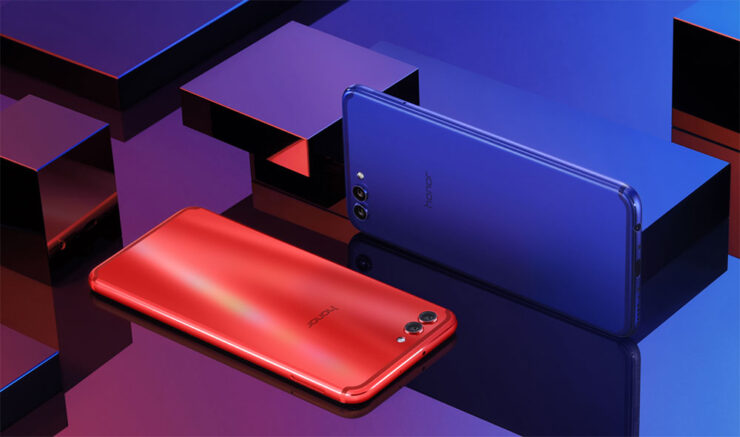 The Huawei Mate 10 and Mate 10 Pro feature the company’s latest Kirin 970 SoC but their price tag will do more than just startle you. Fortunately, the Honor V10 is a much cheaper offering, is as intelligent as these two flagships and offers you all the basic things that you would normally expect from a mobile phone, at least on paper.

Huawei Honor V10 Features the Same 18:9 Aspect Ratio as OnePlus 5T but With a Home Button Present at the Front

With a resolution of 2160 x 1080 in a 2:1 aspect ratio, we’d figure that the home button would have to be shifted at the back since there would be no space out in the front thanks to the increased screen real estate, but the phone design of the Honor V10 brings something different to the table.

You can access the home button and unlock the screen from the front, so this sounds like a much better combination. The phone itself uses an IPS LCD panel and working in unison with the powerful and intelligent Kirin 970, you get either 4GB or 6GB of RAM. With the 4GB of RAM, you will get 64GB of onboard storage while the 6GB RAM variant will bump up that internal memory to 128GB.

The essential things present in the smartphone are all present in the Honor V10 ranging from a microSD card slot to a headphone jack. Despite the increased screen real estate of its 5.99-inch display, the Honor V10 features a 3,750mAh battery, giving a notable hint to other manufacturers that they don’t have to take the shortcut when it comes to incorporating larger battery capacities.

There is also a dual-camera upgrade with the first lens being a 16MP shooter while the monochrome lens without OIS being a 20MP sensor. Both cameras have an aperture of F/1.8 while the selfie camera is a 13MP sensor. For a Kirin 970-powered Android handset, you’d expect a massive price tag, but you’re wrong.

The Honor V10 features a $410 price for the 4GB RAM/64GB storage model and $450 for the 6GB RAM/128GB storage version. Huawei is going to be keeping this model limited to the Chinese market but its price/performance ratio on paper looks absolutely stellar.

What are your first impressions of the Honor V10? Let us know down in the comments.