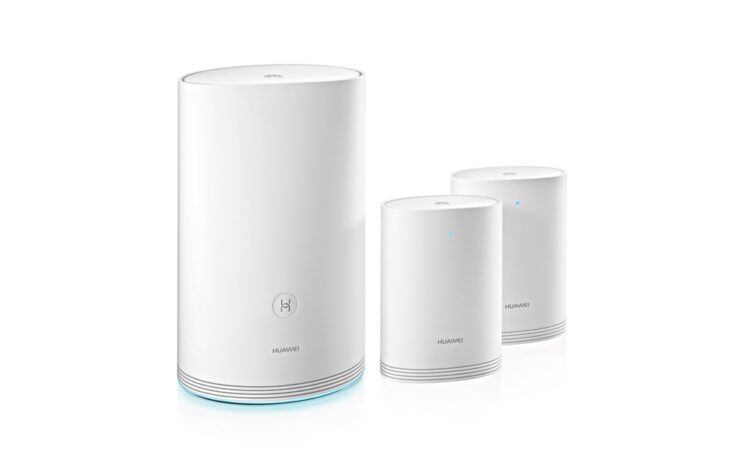 Huawei has announced a brand new mesh WiFi system called the Q2. It has a lot of interesting little features under the hood.

Huawei Q2 is a WiFi Mesh Network System that Works with Powerline Networking too for Connecting Wireless Nodes Together.

If today's announcement from Huawei is anything to go by then it's safe to say that WiFi mesh networking definitely is the way forward. Not only it's convenient to set up, but it offers features that aren't possible on many regular WiFi routers out there.

The Huawei Q2 is a different take on the mesh WiFi network however. See, while it does come in a three-pack - one main router and two satellites - it has an interesting trick under its sleeve. Apart from the ability to connect the nodes wirelessly together to the main router in order to blanket your home in sweet WiFi goodness, the Q2 has Powerline networking connectivity option too.

What does that mean?

It means that you have the option to bypass wireless connectivity between nodes and instead use your home's existing electrical wiring to transmit data, without laying network wires or anything at all. This will offer you speeds of up to 1867Mbps between nodes, provided you have solid electrical wiring at home. If you don't want to take the Powerline route, you can always connect the nodes wirelessly, which is the ideal way to go if you have a medium-sized home.

Once up and running, Huawei claims that it can handle up to 192 connected devices at the same time. But that's not all, it features great security across the board, and packs what is being dubbed as an "anti-brute force algorithm," keeping you nice and safe when online.

There are going to be two versions of the Q2 once it goes on sale. One is the hybrid model that combines wireless mesh networking and Powerline together while the other one will feature only Powerline connectivity between wireless nodes. The three-pack will set you back $349, which is somewhat expensive when you compare it to the likes of Google Wifi, which retails for $299 for a three-pack too.

If you are not willing to buy the entire three-pack, then you will be pleased to learn that Huawei will sell the main base router or satellites individually too.