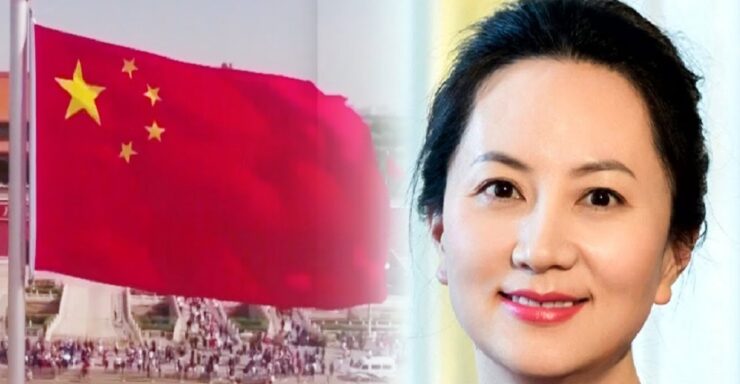 Huawei, the preeminent jewel in Beijing’s tech arsenal, has been in Washington’s crosshairs for a while now. With the company serving as an effective manifestation of China’s ascendancy, the Trump administration has been doggedly pursuing a strategy of global isolation to halt Huawei’s rising stars. Today, a Canadian court ruled on a key aspect of the case pertaining to the Huawei CFO’s extradition to the United States, posing wide-ranging implications for the Sino – U.S. relations, the fate of China’s tech sector, and the strained links between Ottawa and Beijing.

As a refresher, Huawei’s CFO, Meng Wanzhou, was arrested by Canada in December 2018 during her stopover in Vancouver. The arrest was prompted by a handover request from the U.S. on the grounds of perpetrating an alleged bank fraud by misleading the banking giant HSBC regarding Huawei’s dealings with Iran in contravention of American sanctions.

As a part of ongoing court proceedings, the Associate Chief Justice of British Columbia’s Superior Court – Heather Holmes – was expected to give a ruling today on the issue of double criminality in the purview of Meng’s extradition to the United States. The key question in these proceedings is whether the alleged contravention of the sanctions on Iran by Meng – given her role as the CFO of Huawei – constitutes a crime in Canada, with a favorable ruling essentially paving the way for Meng’s release from her ongoing captivity.

Well, the decision was relayed just moments ago and the ruling is broadly detrimental to Meng’s quest for returning to China. The ruling concurs that the CFO’s conduct meets the double criminality requirement, thereby, paving the way for her eventual extradition to the United States.

Homes wrote in her decision:

"The effects of the US sanctions may properly play a role in the double criminality analysis as part of the background or context against which the alleged conduct is examined."

Holmes noted that the trade sanctions imposed by the U.S. on Iran can serve as a vital context in understanding Meng's alleged fraudulent activities perpetrated in her capacity as the CFO of Huawei.

The defence team had argued that Meng's conduct could not constitue a crime in Canada as the country does not maintain trade sanctions against Iran. While dismissing the argument put forth by the defence, Holmes observed:

"Ms. Meng's approach to the double criminality analysis would seriously limit Canada's ability to fulfill its international obligations in the extradition context for fraud and other economic crimes."

The decision now paves the way for Meng's eventual extradition to the U.S. where she is likely to face prosecution for her role in Huawei's violation of the American trade sanctions on Iran. Interestingly, in addition to being one of the top officials of Huawei, Meng is also the daughter of the company's founder. The move is also likely to further aggravate the tense relation between Washington and Beijing.

As mentioned earlier, on the 15th of May, the Trump administration angered China by blocking silicon heavyweights around the globe from delivering semiconductor components to Huawei or its affiliate HiSilicon. Under the new regime, foreign semiconductor manufacturers that employ American technology or software will now be required to procure a formal license from the Trump administration before delivering these sensitive components to the Chinese tech giants. However, the Commerce Department did provide a concession by stating that the rule change does not affect the chipsets or wafers already in production at the time the directive was issued and that these components can be delivered to Huawei within 120 days. Through this decision, the U.S. officials effectively broadened the Foreign Direct Product Rule, which subjects foreign goods employing American technology or software to U.S. regulations. Given that a significant proportion of the global chipmaking industry utilizes technology and intellectual property sourced from the United States, this step has, in effect, substantially enhanced American export control authority.

The final nail in the coffin, however, came when the Taiwan-based TSMC (NYSE:TSM) halted all new orders from China's Huawei Technologies in compliance with the pertinent directive of the U.S. Department of Commerce. This move has essentially crippled Huawei’s future flagship smartphone lineup as well as 5G ambitions given that HiSilicon remains incapable of producing high-quality chips that these product offerings require.

Of course, this step marks just the latest escalation in a long litany of measures that the Trump administration has instituted in recent months that antagonized China by curtailing Huawei’s financial and technological viability. For instance, in June 2019, the U.S. Commerce Department added Huawei to an ‘Entities List’ over national security concerns and for violating U.S. sanctions on Iran. The move obligates U.S. companies to seek prior approval from the U.S. administration before transacting with such blacklisted companies, particularly, when it comes to the sale of semiconductor chips and other sensitive components. More recently, the U.S. government has been pressuring its allies to remove Huawei-sourced 5G telecommunication equipment from their respective 5G service rollout programs. To this end, the British Prime Minister Boris Johnson recently instructed officials to devise plans for limiting the UK’s reliance on Huawei for the nation’s ongoing rollout of the next-gen 5G telecommunication network, with the stated goal of completely eliminating this dependency by the end of 2023.