Huawei Can Continue Buying Microsoft Products According to the U.S. Commerce Department – Will This Largesse Extend to Google? 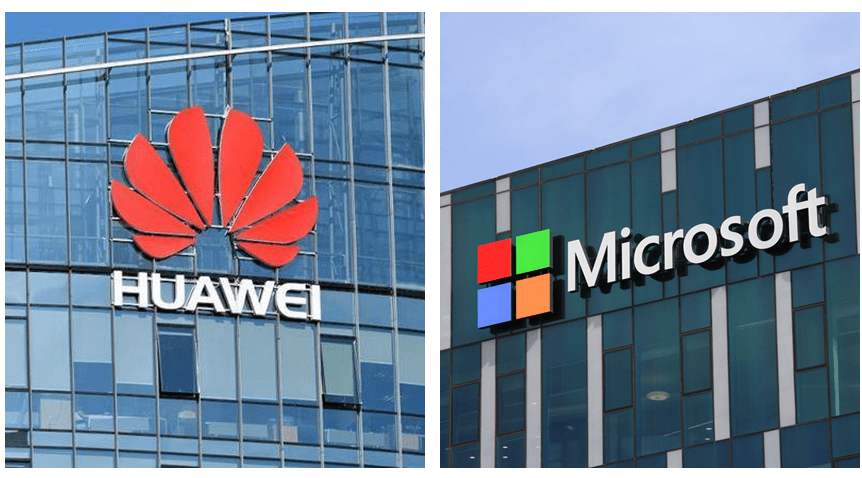 Microsoft (NASDAQ:MSFT) has secured a temporary license from the Trump administration to continue its business transactions with the Chinese tech behemoth, Huawei Technologies Co Ltd.

“On November 20, the U.S. Department of Commerce granted Microsoft’s request for a license to export mass-market software to Huawei. We appreciate the Department’s action in response to our request,” said a Microsoft spokesman in an email to Reuters.

Earlier this year, the U.S. Commerce Department added Huawei to the Entities List – the placement obligates American companies to seek a prior approval from the U.S. administration before transacting with the blacklisted companies on the list – over national security concerns and for violating U.S. sanctions on Iran. Thereafter, in August, the Trump administration barred the use of federal grants for the purchase of telecommunications equipment from five Chinese entities that also included Huawei. Nevertheless, the Chinese giant was granted a temporary license in May and then again in August to facilitate the continuation of business transactions as the U.S. and China negotiated a trade agreement.

This week, the Commerce Department extended Huawei’s temporary license for another 90 days. Since that time, the department has been issuing approvals to U.S. companies for the continued sale of their products to Huawei. On Wednesday, a Commerce Department official corroborated the reception of about 300 approval requests.

Although Microsoft has not elaborated the exact products for which an approval from the administration was sought, Dan Ives of Wedbush Securities believes that the exercise likely pertains to Microsoft’s Windows OS. He further said that, “This will be a major relief for Huawei after an arduous period with large technology players like Microsoft, Google and others restricted on the platform.”

It should be noted that Huawei is dependent on American-sourced components for a variety of its products. Although it has managed to become self-sufficient when it comes to 5G cell tower equipment, the company remains much more dependent on semiconductors and other sensitive components sourced from American companies such as Qualcomm (NASDAQ:QCOM) and Skyworks (NASDAQ:SWKS).

Additionally, Huawei has been actively seeking an approval from the Trump administration for sourcing Google’s (NASDAQ:GOOGL) products. This is crucial as Huawei’s Android-based cellphones are rendered less attractive for consumers outside of China if they do not entail an access to Google services such as its apps Play Store.

Nonetheless, in the face of increasing odds, the company has remained defiant. During the first three quarters of this year, Huawei generated CNY610.8 billion ($86.75 billion) in revenue, an increase of 24.4 percent year-on-year. To date, Huawei has also signed more than 60 commercial contracts for 5G with leading global carriers and shipped more than 400,000 5G Massive MIMO active antenna units (AAUs) to global markets. Moreover, in an interview given to Bloomberg, the company's president of corporate strategy Will Zhang and its founder Ren Zhengfei both believe that Huawei will maintain a 20 percent growth rate for smartphone shipments in 2020 (read our coverage here).

This development comes as a group of 15 U.S. senators urged the Trump administration this week to suspend the issuance of licenses for Huawei as it could threaten U.S. security. In a letter on Thursday to Trump, the senators said the administration should halt issuing licenses until it provides Congress “a report outlining specific criteria for determining whether or not the approval of any license poses a national security threat.”