Huawei announced the Ascend W1 back in January, it was the Chinese manufacturer's first phone powered by Windows Phone 8 OS. Its specifications are in line with mid-range WP8 devices. Some time back it was rumored that Huawei was working on another device that would run on the same platform, yet it was going to be a high-end device, matching specifications of some of the top Windows Phone 8 smartphones. Now the Huawei Ascend W2 specs have allegedly leaked, leading us to believe that the company indeed has a second WP8 smartphone. 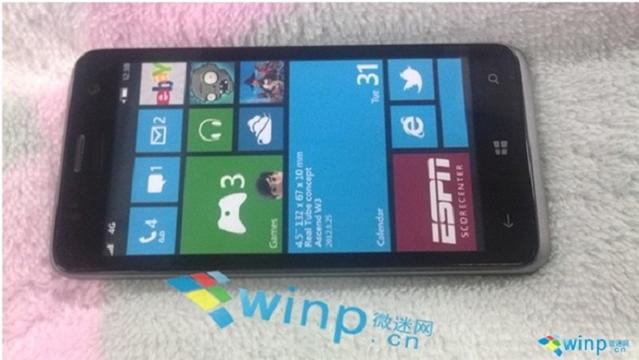 The leaked Huawei Ascend W2 specs point at a 1.5Ghz Qualcomm Snapdragon S4 processor with 1GB of RAM, an 8 megapixel rear camera with LED flash and 1080p HD video recording, a 4.3-inch 720p HD IPS touchscreen display, Bluetooth, GPS, HSPA+, Wi-Fi and a 2000 mAh battery pack. These leaked Ascend W2 specs fail to mention the internal storage of the device and if there's an option for external storage via microSD cards. The source of this rumor claims that the release date of Ascend W2 was November 15, 2012. This is ambiguous, as the date has already passed and still the company has not officially announced the device. Apart from these Ascend W2 specs, the rumor also mentions a price point of $289, which is reasonable considering the hardware specifications of this smartphone.

Huawei confirmed last month that they would be releasing a new smartphone in Summer, though they didn't mention whether that is going to be based on Android or Windows Phone 8. As of now, the Ascend W1 is its only offering on Microsoft's mobile platform, which is largely dominated by the Nokia Lumia series.