Huawei Reported To Be Purchasing Chips From SMIC Over TSMC

Huawei has had some struggles with getting its silicon because of active conflict with the United States. Today we learned from a DigiTimes report that HiSilicon has placed with Semiconductor Manufacturing International (SMIC), which is China's number one chip maker. HiSilicon is Huawei's elite chip division, and if this report is true, that means that SMIC has scored a major victory of their Tawainese counterpart. Other suspicions are floating around about why they would switch fabs when TSMC currently made its 12nm FinFET node for the Kirkin 710 phone.

TSMC currently handles HiSilicons chip manufacturing, but with Huawei's recent issues with the United States, we could infer that the U.S. is working to block TSMC from working with Huawei. We recently covered some of the details in our recent coverage about Huawei developing graphics cards for China's government infrastructure. If all this is true, HiSilicon would be downgrading their phones using SMIC's 14nm FinFET structure for the Kirkin 710 models.

With this information, we can assume that SMIC's 14nm FinFET has reached a level where it can compete well with the TSMC's 14nm FinFET. SMIC's 14nm FinFET manufacturing has been up since the fourth quarter of 2019, but according to their financials, this process only accounts for only 1% of the wafer revenue for Q4. 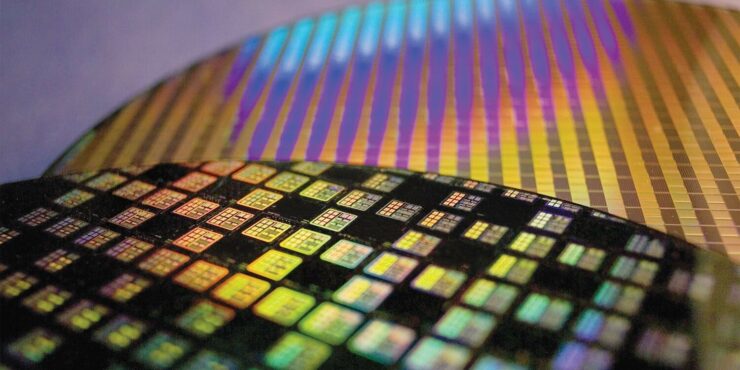 Most people see SMIC as an underdog right now, but people shouldn't underestimate the potential of this foundry. They have big plans for the rest of 2020, and they are going to be trying to getting 7nm out by the end of 2020, completely skipping 10nm which seems to be quite risky. TSMC's EUV technology seems to be going very smoothly, and quickly ramping up production. It is alleged that HiSilicon is on the list of clients for this EUV silicon from TSMC. Depending on how the U.S. ban on TSMC from trading with Huawei, this will most likely change. TSMC won't risk its current partners to deal with Huawei, so the odds that Huawei continues to work TSMC is slim.

Huawei is working around the U.S. currently, and that involves a new foundry which has led to a minor downgrade in their phone's chip. SMIC is seeming to be making moves to get 7nm by the end of the year which may be plausible. TSMC won't be affected since their list of clients is pretty long with big names like Nvidia and AMD.