HTC Takes a Jab at Its Competitors – Claims All of Its U11 Models Ship With UFS 2.1 Storage 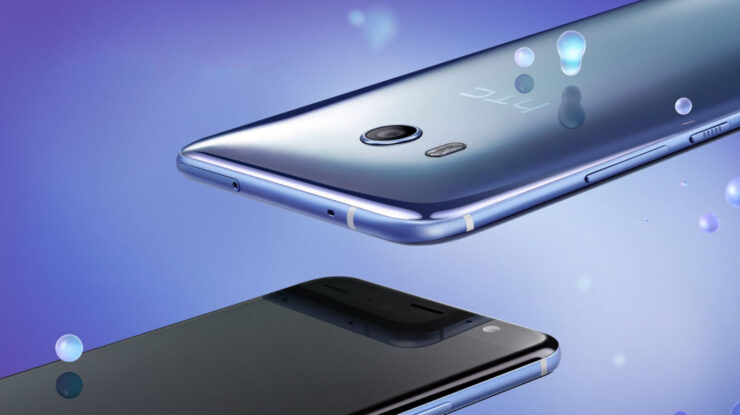 Lately, there has been several controversies revolving the 2017 lineup of flagship smartphones carrying inferior storage standards. Huawei was caught when it was found out that it was shipping out a portion of P10 units carrying eMMC-level storage and only recently, Samsung has removed details on its official Galaxy S8 web page, where it was previously written that all of its flagship models feature UFS 2.1 storage.

Having UFS 2.1 of internal memory in a smartphone is thoroughly advantageous because it features high read and write speeds, leading to better performance and an overall responsive mobile device. HTC does not want you to think that the company is part of the same controversy because it claims that all of its U11 models come shipped with UFS 2.1 standard of native storage.

HTC Is Proud of the Fact That It Incorporates the Use of UFS 2.1 Storage on Its U11, Which Features 64GB of Internal Memory

Having a large amount of internal memory on a smartphone is not just the only limiting factor when you head out to purchase a flagship. The type of memory being used also becomes a contributing factor in the long run and when you start to see performance hiccups due to prolonged usage, that’s when you know that the smartphone you’ve purchase features inferior standard storage.

To recap, let us take the specifications of UFS 2.0 into consideration. It claims that the maximum total bandwidth of both UFS 2.0 and UFS 2.1 is 1,200MB/s, but we believe that UFS 2.1 has a higher sustainable read and write speed value as opposed to the standard that was introduced before it. 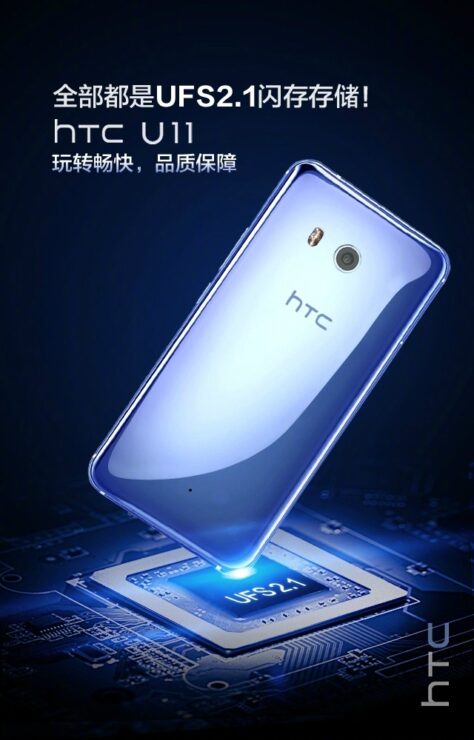 According to MyDrivers, HTC claims that the model sporting 4GB of RAM and 64GB of native storage is running at the UFS 2.1 speeds, meaning that the phone is going to be faster and more responsive. In addition, it will help the user effortlessly record 4K footage without experiencing performance drops, while having an edge when you’re transferring data from the smartphone to other devices and machines.

Though the HTC U11 might not be as attractive as opposed to the Galaxy S8, we can all agree that having better performing hardware is sometimes the more preferred feature in a mobile device.