HTC to use E-Ink in Future Devices?

HTC is credited as one of the first companies to provide viable & altogether palatable alternatives to Apple's iPhone. Their WinMo & Andorid devices hold a considerable share of the current smartphone market. Cellphone technology has been on a roll for the past year or so, with faster processors & higher resolution screens popping up almost every month, each aiming to give devices utilizing these technologies an edge over the competition. Consider the iPhone 4 with its extra high density screen; the Samsung Galaxy S with its Super Amoled screen, which has admittedly less pixel density, but one which can pump out some really delicious eye candy. It's only fair that companies look out for the Next Big Thing that'll give them the upper hand in the market. Now HTC’s website has declared a position for a  “Display and Camera Design Engineer” who should possess the following qualities: have familiarity with 3D display and imaging technologies, with some of those technologies being TFT-LCD, PMOLED, AMOLED, E-Ink, and others. 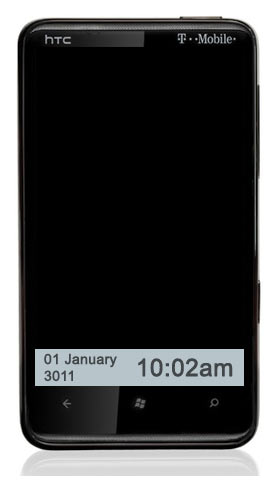 Implication: HTC seems to be well on their way to creating a phone which utilizes E-Ink technology in its screen. This is, after all, the next logical step besides pixel rich screens, and companies like Notion Ink are already on track at presenting a hybrid Pixel Qi display in their new tablet device. And while it doesn't seem likely that HTC would immediately create a device which has such a hybrid display, it is possible that a dual book clamshell design might take form sometime in the near future, with one side sporting a normal WVGA screen with an E-Ink screen on the other, such as in this particular design which popped in patent documents earlier this year.

E-Ink is a significant technology for mobile devices since it consumes very little power & has a lot of potential in future smartphone iterations.

Both Galaxy S, Galaxy Note Series of Smartphones Are Expected to See a Drop in Sales for 2021