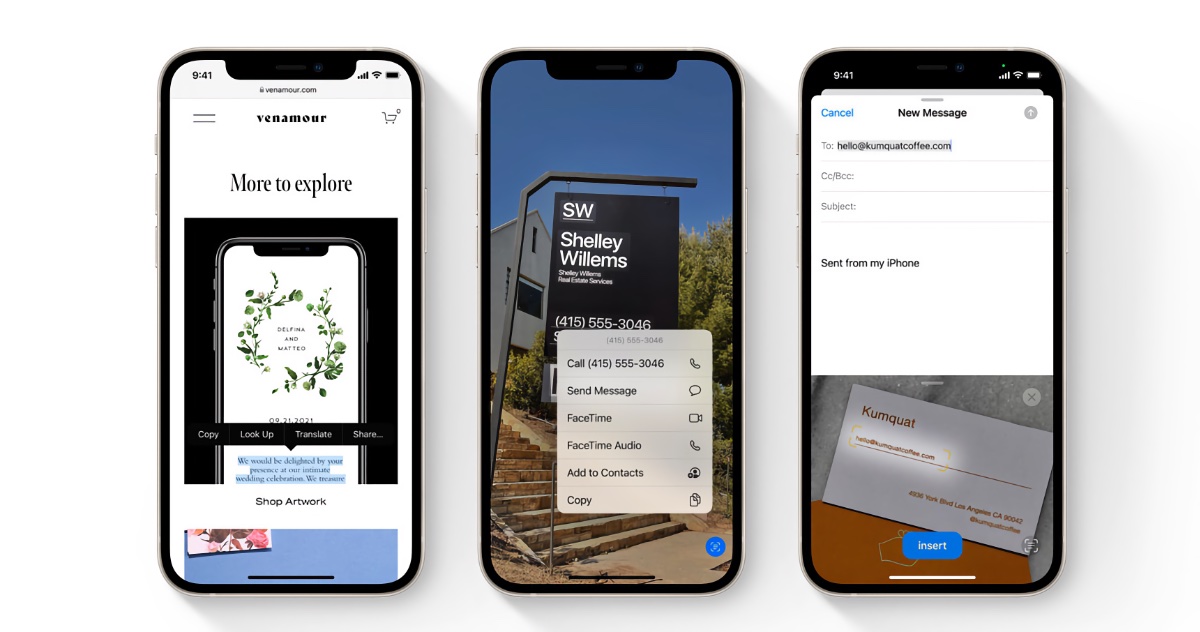 You can quickly scan text using your iPhone or iPad's camera thanks to a new Live Text OCR feature in iOS 15 and iPadOS 15. Here's how it works.

Scanning text and converting it into digital words has been around for a long time now. But thankfully, it is now a native feature in iPhones and iPads - using Live Text - and does not require a third-party app at all. In fact, it is is so handy and easy to use that you can simply get access to it anywhere there's a text field. That's right, if you see text written on a board, you can just fire up the feature, convert what's written into digital text and just send it away, or save it, instantly.

Note: This tutorial requires you to have iOS 15 and iPadOS 15 installed on your devices. This feature is also limited to a certain number of devices. According to Apple:

Available on iPhone with A12 Bionic and later. Live Text is currently supported in English, Chinese, French, Italian, German, Portuguese, and Spanish.

Available on iPad with A12 Bionic and later. Live Text is currently supported in English, Chinese, French, Italian, German, Portuguese, and Spanish.

Step 1. Open up the Notes app, or you can even do this in Messages as long as there's a text field. But for the sake of this tutorial, we will stick with the Notes app.

Step 3. Tap on the cursor and you'll see a Live Text icon, as shown in the screenshot below:

Step 4. Simply point the camera towards the text you wish to convert and then tap on Insert when you're done. Simple as that.

Interestingly, this feature is super duper handy if you're scanning full pages of text. And given how good it works, you'll be mad at why this feature wasn't available back when you were in school or college.

We hope you found this tutorial useful. For more how-tos and guides, head over to this link.