Protect Your Notes Using Touch ID – How To

Here's how you can protect your notes in iOS 9.3 using Touch ID on iPhone or iPad. 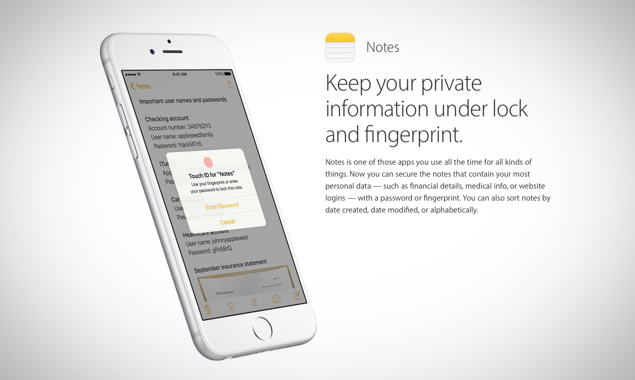 iOS 9.3 is a mighty big upgrade in terms of features that it brings to the table. One of those features is the ability to lock down a specific note in the Notes app using Touch ID, keeping it safe from prying eyes. In today's guide, we'll show you how to use said feature and get to grips with it in a few easy steps.

Before we go ahead with the guide, it's important to note that you must have Touch ID set up and ready to be used on your device. Simply navigate to Settings > Touch ID & Passcode and add a fingerprint to be used against Touch ID. With that out of the way, let's protect some notes using Touch ID!

How To Protect Notes Using Touch ID In iOS 9.3

2. Open an existing note which you want to protect or create a new one.

3. See the 'Share' button at the top right hand corner? Tap on that. 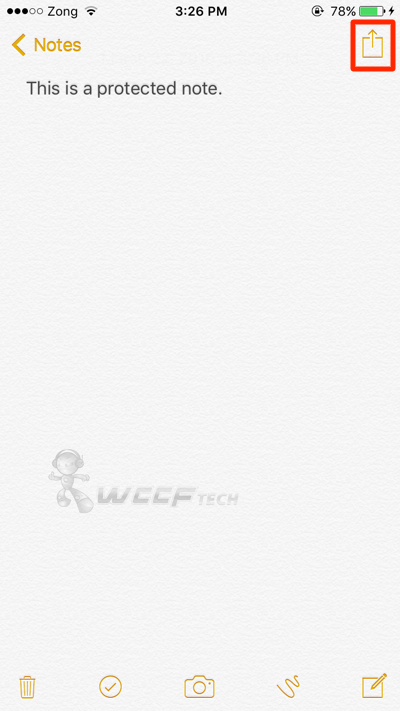 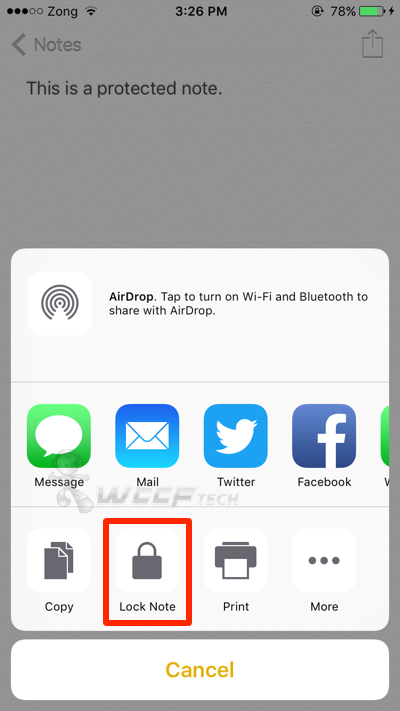 5. You'll be asked to enter a password, further verify it, and also add a hint in case you forget your password. Do so as prompted and also check the 'Use Touch ID' toggle switch at the end as well. Tap on 'Done' once you're all set. 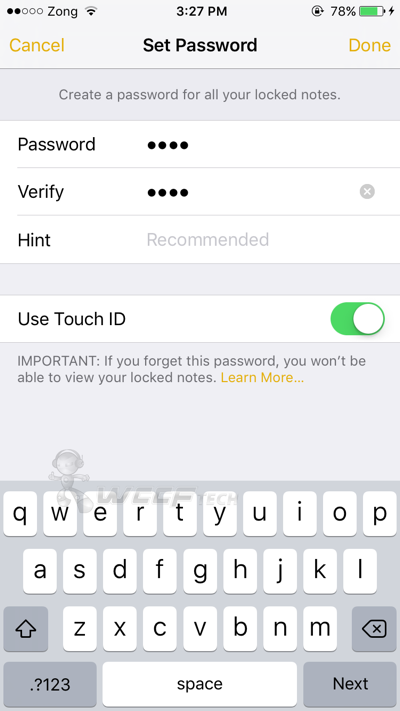 6. Tap on the 'Lock' button on the top right to lock down your note.

7. If you want to view it, tap on 'View Note' and you'll be prompted to enter your password or use Touch ID. So place your finger on the Touch ID sensor and the note will be revealed to you. 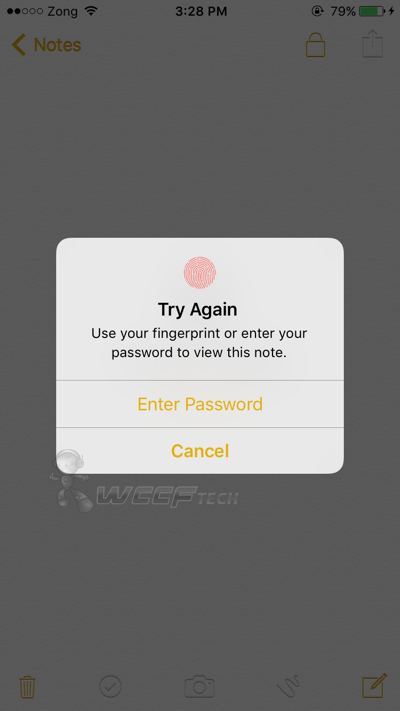 Keep in mind that locked notes can be deleted, and if for some reason you've forgotten your password, you won't be able to recover your note. Be well aware of this fact before you go on adding a tough to crack password in the Notes app.

We really wish this feature was there in iOS since Touch ID made it onto the scene with the release of iPhone 5s. But it's better late than never and Apple has finally listened to the cries of thousands of users out there, including ours, and has added this feature to the roster. Now we are hoping that Apple will add the ability to protect IM threads in the Messages app in a future iOS update.