If you're not the type of person who upgrades your iOS device every year, then you still have the chance to be offered the latest. Apple obsoletes its devices after a while, which means newer software releases would not have any access to it. With that stated, users with Apple's iPod Touch 3G and iPad 1 can now have iOS 9 user interface and new features with Grayd00r 9. Graydoor is responsible for bringing iOS 9 UI and new features to Apple's aged devices. 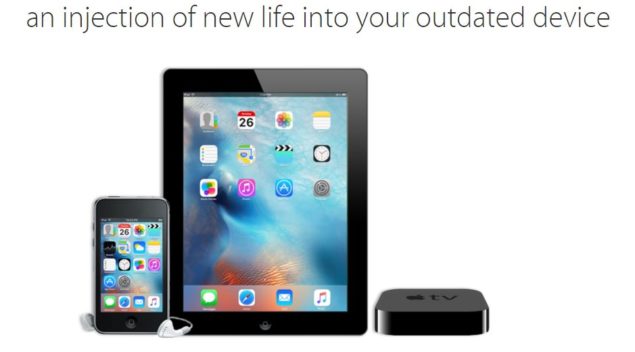 Grayd00r is an extension project, the same team that brought Whited00r 6 and Whited00r 7 that mimics Apple's host operating system at that time. For those of you seeking new features and a complete design overhaul on older devices, this technique might be the best option. If it doesn't convince you much, there are plenty of other reasons why Grayd00r's imitation to iOS 9 UI should be implemented.

Apart from some of the performance enhancements which are derived from cutting down several system processes, there is a Slide Over application switcher on the iPad 1, a Control Center along with the option to update the software via OTA. Moreover, it also features an option to update or downgrade applications which are suitable for the platform. There is an abundant amount of features waiting for you once you install Grayd00r 9. Along with several features and performance upgrade, Grayd00r offers new experience that might help you forget the outdated version of the device.

Some Grayd00r love is also showered on the Apple TV as well. However, it will only inherit the flat UI interface featured on the Apple TV 3. For more information regarding features and device support, you can head to grayd00r.com. The website also includes a video tutorial on how to install Grayd00r on older supported devices. For your ease, we have embedded the video guide below, so you can begin the installation guide right away at your will.

However, before you proceed on to the installation setup, do backup your device. Since, you're doing it for the first time, you might want to be a little cautious at each step in case you lose your personal data.

This is it for now, folks. Do you own an older, outdated Apple device? Are you willing to install Grayd00r and enhance user experience? If you have already installed it, share your Grayd00r love in the comments section below.