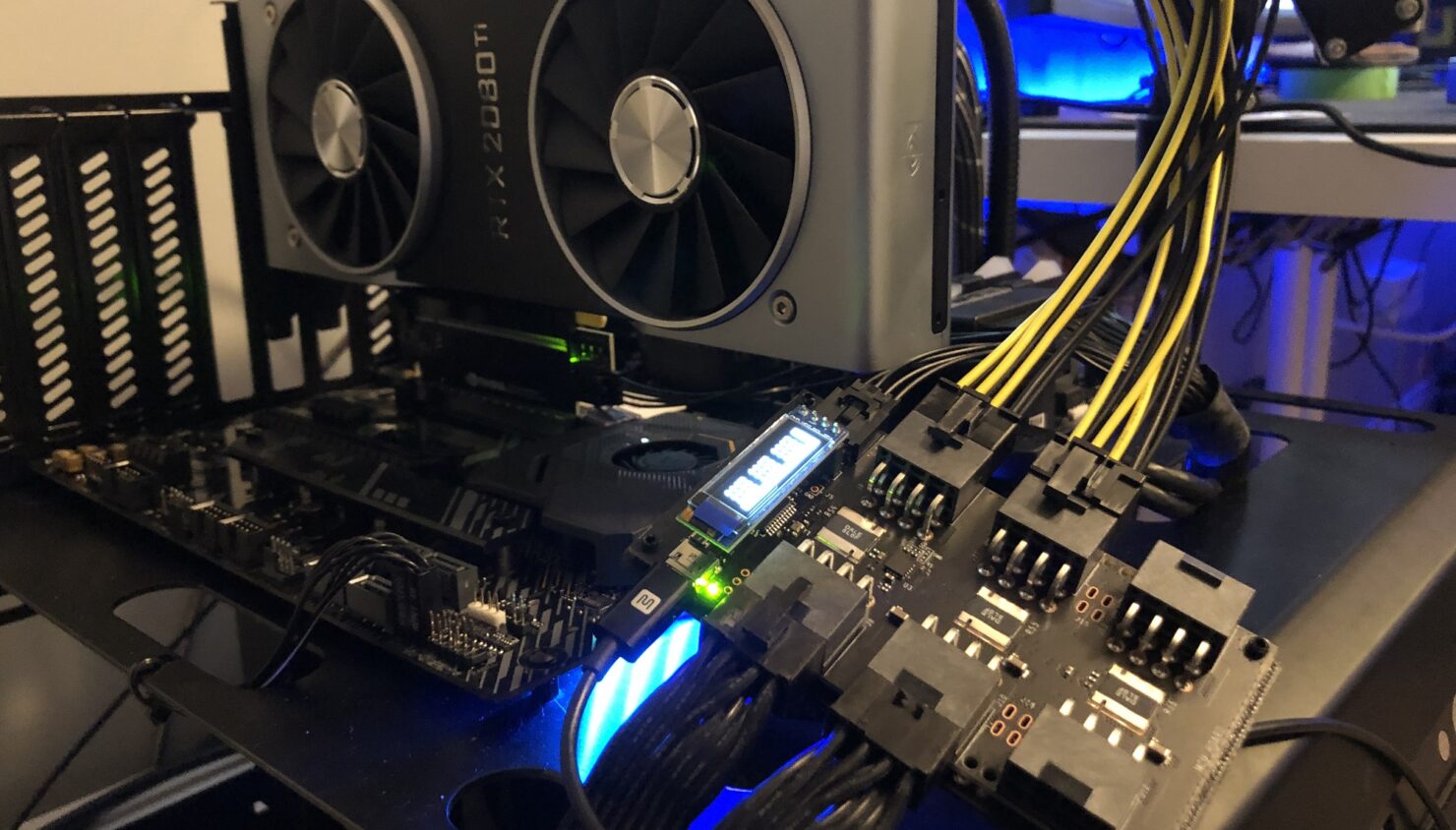 Graphics cards and power draw have always been quite synonymous with each other in terms of how much performance they put out for the power they take in. Measuring this has not always been the most straight forward when it comes to accuracy and methods for reviewers and end-users. NVIDIA has developed their PCAT system, or Power Capture Analysis Tool in order to be able to capture direct power consumption from ALL graphics cards that plug into the PCIe slot so that you can get a very clear barometer on actual power usage without relying on hacked together methods

The old method, for most anyway, was to simply use something along the lines of a Kill-A-Watt wall meter for power capture. This isn't the worst way, but as stated in our reviews it doesn't quite capture the amount of power that the graphics card alone is using. This results in some mental gymnastics to figure out how much the graphics card is using by figuring the system idle, CPU load, and the GPU load and estimating about where the graphics card lands, not very accurate to say the least.

Another way is to use GPU-z. This is the least reliable method as you have to rely entirely on the software reading from the graphics card. This is a poor method as the graphics cards vary in how they report to software when it comes to power usage. Some will only send out what the GPU core itself is using and not consider what the memory is drawing or any other component.

The last way I'll mention is the use of a multi-meter amperage clamp across the PCIe slot by way of a riser cable with separated cables then more power clamps on all the PCIe power cables going into the graphics card. This method is very accurate for graphics card power but is also very cumbersome and typically results in you having to watch the numbers and document them as you see them rather than plotting them across a spreadsheet.

This is where PCAT (power capture analysis tool) comes into play. NVIDIA has developed quite a robust tool for measuring graphics card power at the hardware level and taking the guesswork out of the equation. The tool is quite simple to set up and get going, as far as components used there are; a riser board for the GPU with a 4-pin Dupont cable, the PCAT module itself that everything plugs into with an OLED screen attached, 3 PCI-e cables for when a card calls for more than 2x 8-pin connectors, and a Micro-USB cable that allows you to capture the data on the system you're hooked up to or a secondary monitoring system.

Well, that's what it looks like when all hooked up on a test bench, you're not going to want to run this one in a case for sure. Before anyone gets worried, performance is not affected at all by this and the riser board is fully compliant with PCIe Gen 4.0. I'm not so certain about those exposed power points however, I will be getting the hot glue gun out soon for that.  Now, what does this do at this point? Well, two options: Plug it into the computer that it's all running on and let FrameView include the metrics, but that's for NVIDIA cards only so a pass, OR (what we do) plug it into a separate monitoring computer and observe and capture during testing scenarios.

The PCAT Power Profile Analyzer is the software tool provided to use to capture and monitor power readings across the PCI Express Power profile. The breadth of this tool is exceptionally useful for us here on the site to really explore what we can monitor. The most useful metric on here to me is the ability to monitor power across all sources, PCIe power cables (individually), and the PCIe slot itself.

For those who rather pull long-form spreadsheets to make their own charts are fully able to do so and even able to quickly form performance per watt metrics. We've found a very fun metric to monitor is actually Watts per frame, how many watts does it take for the graphics card to produce one frame at a locked 4K 60FPS in DOOM Eternal, we'll get into that next.

We're focused on 4K performance per watt here for this discussion so we're using DOOM Eternal and taking the GeForce RTX 2070 SUPER and the Radeon RX 5700 XT and pitting them against each other in the same scene. Mind you this scene is static so we're not looking for FPS performance per se, but rather how much power the cards pull, how much the total system pulls, and then how many Watts it takes to generate one FPS when locked to a 4K 60 using VSYNC (Not underclocking the graphics card). This will force a card into a steady-state and see just how much power it takes to generate a given performance metric, hence Watts-per-FPS. This is quite a useful metric and after testing at various resolutions it's quite consistent.

This segment of the video demonstrates it in action.

Now that's a bunch of useful information. We get to see how much the card itself uses at idle to see just how much it powers down and both are pretty close to being completely off in an idle state which is good for users. Under full load and total system load we can now see just how much power the GPU is using vs the entirety of the rest of our system. Lastly we can see just how much power is required by the GPU to generate a 4K 60 FPS scene in DOOM Eternal to measure the efficiency of the card's performance, but then we can break it down further in the chart below.

And there you have it, we're able to objectively identify that while under full load both cards are using the same amount of power in this title when unleashed but when constrained to a target performance metric where both cards will reach the same performance number we see that the GeForce RTX 2070 SUPER is able to do it while using 2.8 Watts-Per-Fram and the Radeon RX 5700 XT is doing so at 3.2 Watts-Per-Frame.

We will be continuing to work with and develop the usefulness of the PCAT system in future reviews as we're finding this tool to be exceedingly useful and we're able to deliver a much more nuanced look at power draw figures of graphics cards. We hope to be able to break each game into a charted power draw and FPS figures, pipe dream for now but the tools are becoming more useful every day.