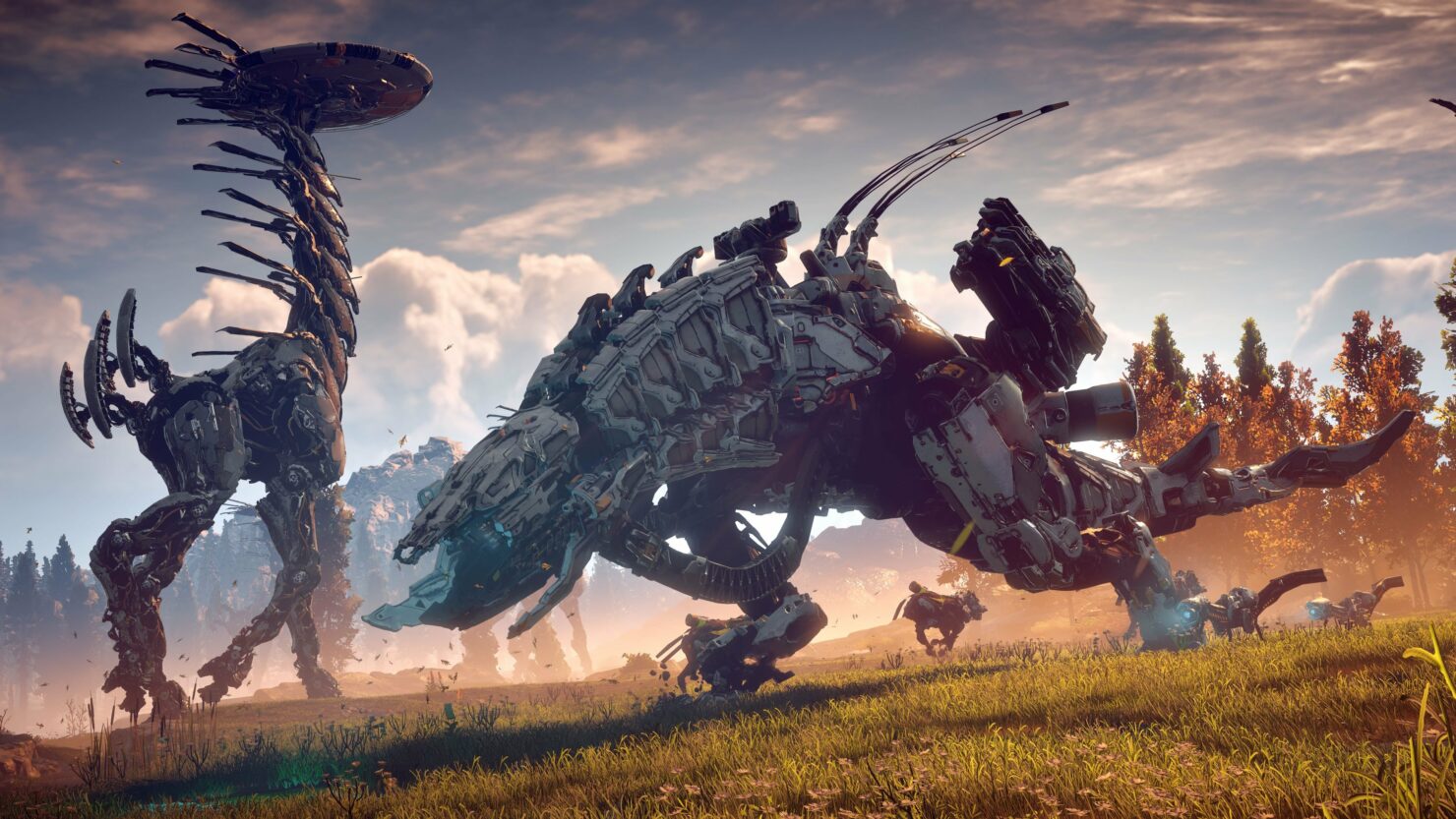 Guerrilla’s game director on Horizon Zero Dawn, Mathijs de Jonge, has shared some more info on Aloy’s outfits, and an upgradeable skill tree. Furthermore, the game director has stated that the game will include “several” heavy weapons for Aloy to use.

During last week’s E3, Sony and Guerrilla Games showed off a new trailer for their upcoming action-RPG, Horizon: Zero Dawn. Like last year, Zero Dawn was one of the best games of the event, and following the E3 gameplay, Zero Dawn’s game director shared some additional gameplay details.

In Horizon Zero Dawn, the game’s main protagonist, Aloy, will be able to swim, but De Jonge confirmed that some waters will be dangerous for her to enter, possibly implying that players will encounter aquatic machines as well.

Yes, Aloy can swim, but some waters are dangerous.. https://t.co/8tLIc2pzUY

While all the machines in Zero Dawn are dangerous, the corrupted ones will be even more dangerous to Aloy. According to De Jonge, some of the machines can be hacked in order to use them as mounts, while hacking others will let you switch faction. This is all tied to the player progression system used in the game.

All machines are dangerous, the corrupted even more so.

Some machines you can hack and use as mounts, others you switch faction. All tied to a player progression system. https://t.co/P3e2ndp9KS

As can be seen in early footage of the game, weapons can be harvested from damaged or killed machines. Apart from smaller weapons, Aloy will also able to pick up “several” heavy weapons, although these particular weapons are too heavy to store.

One of Aloy’s abilities is to tie down machines with her Rope Caster. The size of the machine determines the amount of ropes required to tie down that machine. Additionally, machines will break lose from being tied down when damaged.

Machines will break loose from tie down when damaged. Also, size determines the # of ropes required for a tie down. https://t.co/4WpL0EpBul

Aloy will be to wear and customize various outfits which are being sold by merchants in the game. These outfits/costumes are based on a particular region and/or tribe. Modifications found in machines can be used to enhance Aloy’s outfits.

Merchants sell outfits that are Tribe/region based. Outfits can be enhanced using modificiations found in machines. https://t.co/Uy2l72hN7m

Last not least, the game director talked about a skill tree which can be upgraded. To upgrade, experience will need to be earned,

There is a Skill Tree to upgrade/expand Aloy's abilities. Needs XP which is earned in many ways incl. tactical play. https://t.co/7BFiFOWah2

Horizon Zero Dawn is high on our list, and we can’t wait until the game’s release next year. Horizon: Zero Dawn is scheduled for a release on February 28 for PS4.