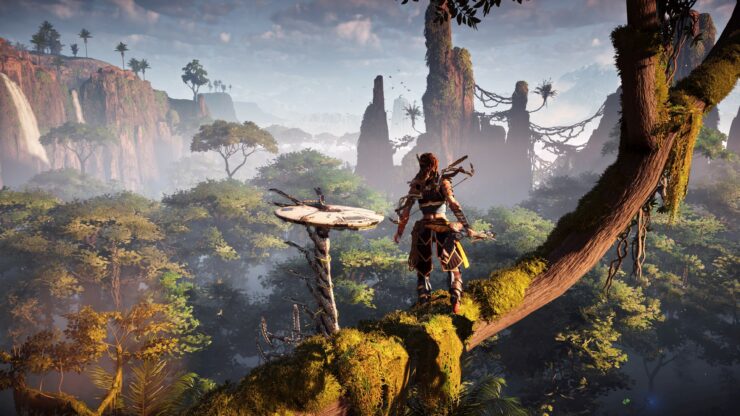 On the game's recently opened Steam Community Forums, a rep from the development team confirmed that the game is going to offer Ultrawide support. The first screenshot available on the Steam store page for the game has been taken from the PC version of the game and in Ultrawide resolution.

We will support Ultrawide! As others in this thread already pointed out, the first screenshot on the Store Page is taken from the PC port.

It has also been confirmed that the game will support Steam Achievements. While this is not surprising, it is a welcome confirmation nonetheless.

Horizon Zero Dawn Complete Edition for PC will contain Steam Achievements – More details will be released at a later date!

Horizon: Zero Dawn is the first PlayStation 4 first-party title releasing on PC. According to Guerilla's former boss Hermen Hulst, we shouldn't expect every major PlayStation title to hit PC in the future, as Sony remains committed to dedicated hardware.

I think it’s important that we stay open to new ideas of how to introduce more people to PlayStation, and show people maybe what they’ve been missing out on. To maybe put a few minds at ease, releasing one first-party AAA title to PC doesn’t necessarily mean that every game now will come to PC. In my mind, Horizon Zero Dawn was just a great fit in this particular instance. We don’t have plans for day and date [PC releases], and we remain 100% committed to dedicated hardware.

Horizon: Zero Dawn launches this Summer on PC. The game is available worldwide on PlayStation 4.