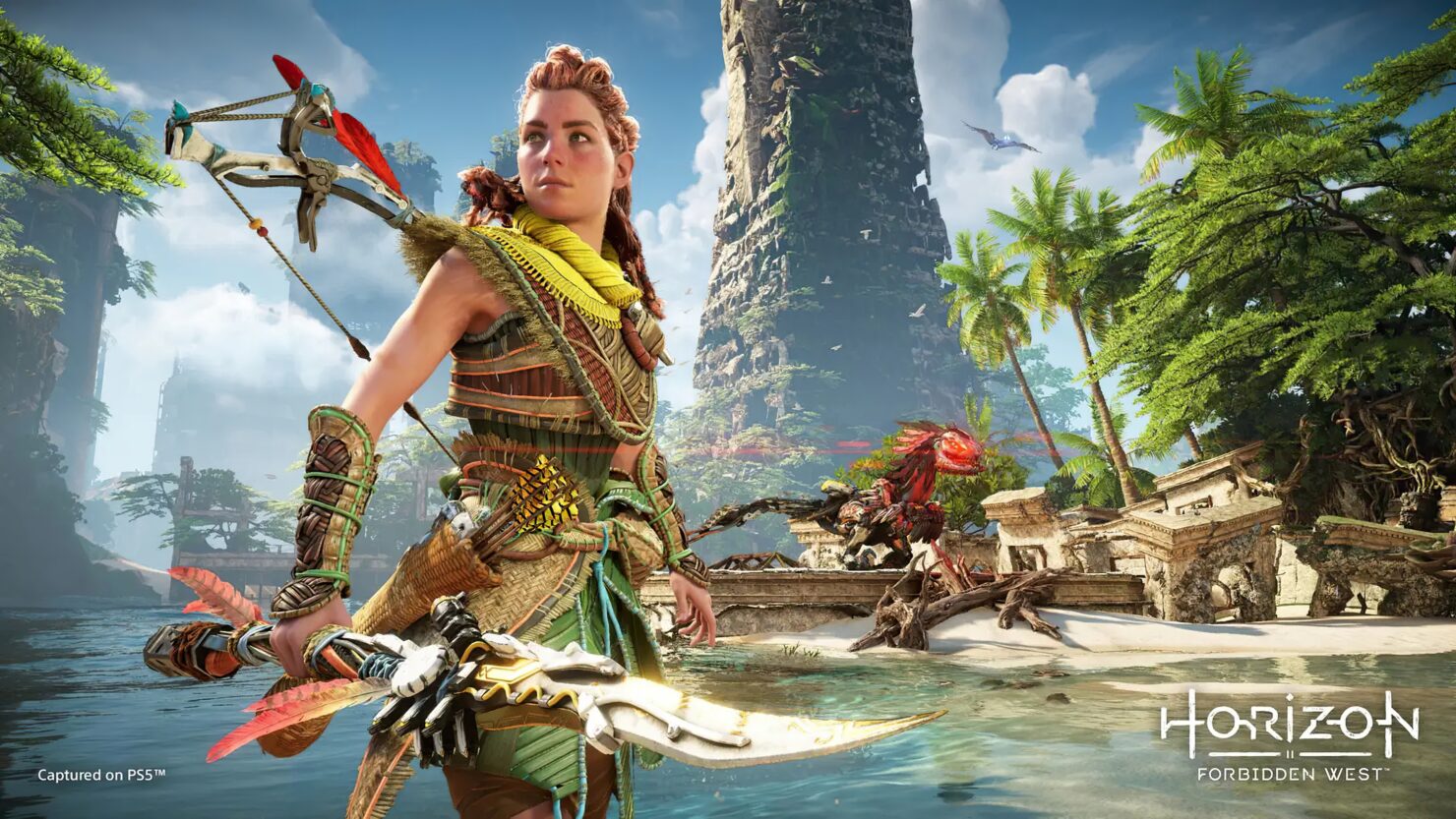 Game Director Mathijs De Jonge revealed that there's a new free climbing system in Horizon Forbidden West, which combined with the grappling hook and the glider should make for a much better traversal experience.

There's the free climbing that we added to Forbidden West compared to the previous game. You are now completely free to climb anywhere, on any rocks or mountains or cliffs, so we've really opened up the world and made it even more inviting to explore, and I think with the grapple it's really great to quickly go up to something and you can launch to go even higher. Then you can quickly descend with the glider, so it's also a combination of some of these tools that make it feel very agile and fun to use. The shield wing, the gliding, is something that we tried already in the first game, many years before it shipped. It is one of the first things that we actually tried and prototyped, but we didn't ship with it because also for technical reasons back then we couldn't really do that, but now we have it and it works great.

The melee weapon and the melee systems have been greatly expanded in Horizon Forbbiden West. We now have different combos that you can also acquire through the skill tree and each combo move has its own specific purposes. The one that you see in the in the demo has a multiple hit and one of the last hits does this extra damage. There's another combo move which we call the Resonator Blast, this is where you build up the charge on the spear and you see the rings light up at the end of the spear. Once it is fully charged, you can basically paste that energy onto your enemy and then target it with an arrow. That creates a massive damage point and a sort of an explosion on the enemy so you can use it to take down the bigger enemies. There's a lot more depth, also because it's in the skill tree, there's a lot more growth now possible over the whole melee systems.

Lastly, the developer confirmed how most of the game's development focused on the PlayStation 4. However, Horizon Forbidden West will still look and play at its best on PlayStation 5.

A lot of the development has taken place on the PlayStation 4 and a lot of play testing is also done on PlayStation 4, so we are ensuring that owners of that console have a great experience and that Horizon Forbidden West will look fantastic on that console. For the PlayStation 5 we can go much further, of course, visually we can add a lot more detail. Graphically the rendering technique for the underwater scenes is special on the PlayStation 5, it has extra details and extra systems, the wave technique is better on that system as well. Actually, the lighting on Aloy on the PlayStation 5 also has much more definition. We use a special cinematic lighting rig that on the PlayStation 4 is only used in cut scenes, because the game is not running and  we have more processing power in those scenes. But for the PlayStation 5 we have plenty of processing power, so we can have that lighting rig always available so she always looks great with that lighting setup traveling with her anywhere. Then of course we have the DualSense controller which adds another sense of immersion because, specifically with the weapons that are so important for combat in Horizon Forbidden West, the adaptive triggers convey the sense of pulling the bow and releasing the arrow much better than the DualShock controller, the haptic feedback is more immersive in that sense.

Then we have 3D audio, which is also great. Immersion is always super important for us, when we are thinking about Horizon Forbidden West and are designing the environments and all the mechanics we really want the players to kind of feel like they're in that environment and these new features help with that.

Horizon Forbidden West, a direct sequel to the highly successful Horizon Zero Dawn, is still on track to release this Holiday season for PlayStation 4 and PlayStation 5, though it's not certain yet.