2022 seems to be a good and crucial year for all the companies creating their foldable devices and many of these are new players in the market. The OPPO Find N was already an impressive device, to say the least, but that is not the end, we are going to see more and more devices come forward with the Honor Magic V being the next one.

Chinese smartphone manufacturer Honor has been teasing the phone for some time now, and today, the company has officially revealed that the phone is coming next week.

In a press release today, Honor has confirmed that it will unveil the Magic V on January 10. The launch event is going to take place in China at 11:30 AM UTC. While the company did not really reveal anything other than the launch date, the image they shared does give us a glimpse at the design of the phone. 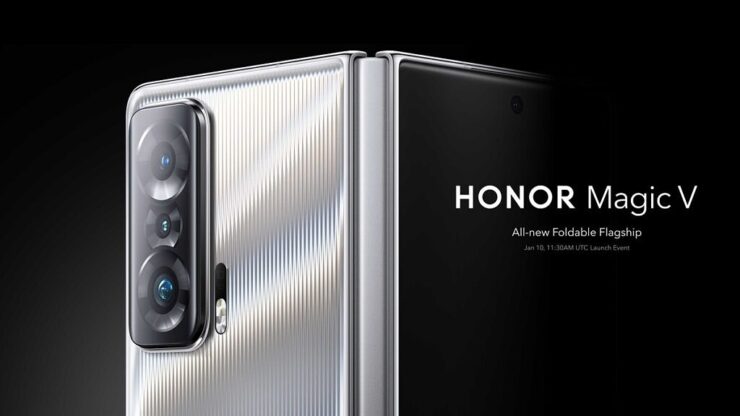 As you can see in the image above, the Honor Magic V is bringing a triple-camera setup on the back that is going to be inside a rectangular module, you can also see the outer display with a punch-hole cutout for the selfie camera.

Another thing to note is that the Magic V is going to compete against the likes of OPPO Find N, Huawei Mate X2, and Galaxy Z Fold 3. Sadly, not much is known about the hardware that the phone is sporting but given the looks, it certainly looks like it will be another foldable flagship.