Huawei’s sub-brand is all set to launch its high-end Honor 10 tomorrow. The AI-focused phone appears to basically be a rebranded version of the Huawei P20 that will retail for a much lower price, attracting those that love to get their hands on price/performance handsets.

Based on the TENAA records related to the model numbers beginning with ‘COL’, it seems like the 5.84-inch Honor 10 would indeed be smaller than the Honor View 10. It is nearly a millimeter wider and taller than the P20. It will also weigh 12 grams less than the P20, but at 7.7mm, the thickness would be the same. It will also be packaging a 3,320mAh battery, but that is a decent-sized capacity.

There are three variants that are going to be announced and all of them will be powered by the Kirin 970 SoC. The AI-based processor will ensure better photography, among other things. The Honor 10 will probably not have Leica lenses. However, it will have a horizontally aligned dual camera setup on the back, featuring a 16MP and a 24MP camera. The selfie camera would be 24MP, just like the one seen on P20 and it will be contained within a notch. 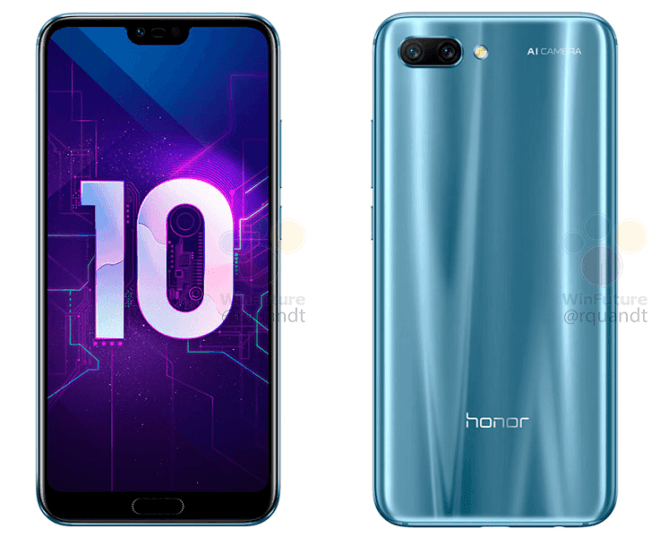 Overall, the phone will resemble the recently released Huawei P20. Roland Quandt, a well-known tipster, recently released high-quality renders of the upcoming phone. The home button and fingerprint reader both are present at the front. There are various color options, including a stunning blue/pink version. The teal and the black Honor 10 models have a mirror finish on the back. 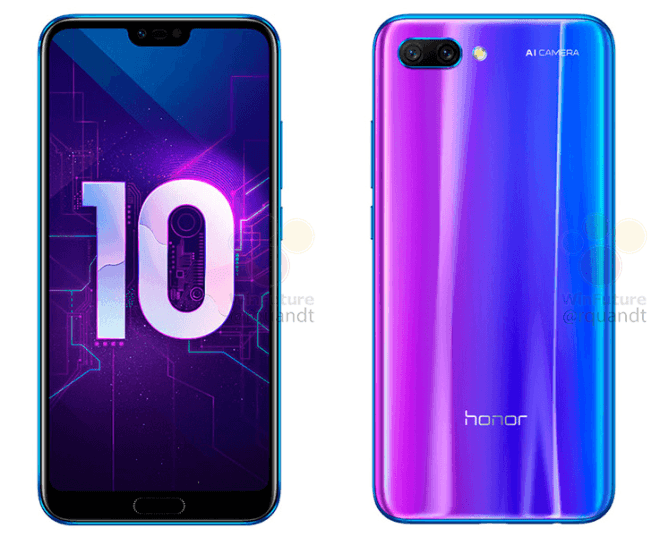 Thanks to the smaller price tag, the device has the potential to outsell most of its competitors. Lots of Honor-branded devices are also sold in the U.S. through online channels such as Amazon. If the phone makes it there and is being sold for a very competitive price, it will be a favorite amongst several consumers irrespective of the relationship between Huawei and the U.S. government.