Electric cars get all the glamour and fame but they’re not the only innovative vehicles around. Honda is going to start selling its all new Hydrogen Fuel Cell sedan in the later part of this year. Honda’s latest version of the car called Clarity will be available in the markets no later than December 2016. 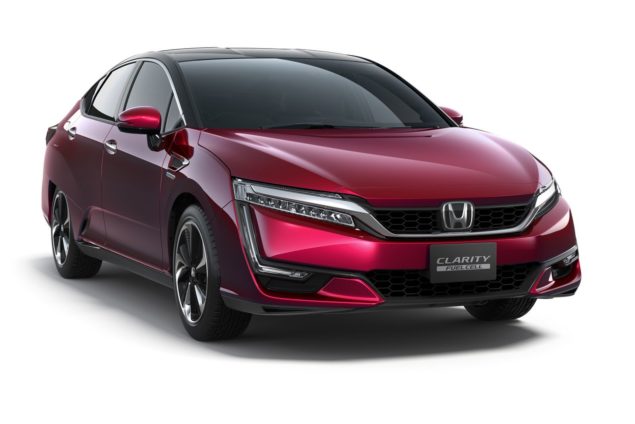 We’re headed for a better future

This version of the car by Honda was first seen at the Tokyo Auto Show last year, and appeared later in some other shows including the LA Auto Show. It is expected to be seen quite soon in 2016 at a limited number of dealers in LA, Orange County, Bay Area and Sacramento. Clarity is a sedan with a beautiful exterior and pretty interior, plus a lot of innovation under the hood.

The latest version of Clarity includes an all new concept, hydrogen powered engine car, which is innovative since all the real talk nowadays is about combustion or electric engines. However, this is strictly not a new concept for Honda since the company already sold its first fuel cell vehicle back in 2005 in the US and later in the German and Japanese markets. All these cars kept on doing well and were sold for many years. It’s not easy as it seems and building one is really hard, but the crux of it all is that fuel cell cars like Clarity turn hydrogen into electricity and emit water (instead of potentially harmful gases) as a byproduct.

There are obviously a few problems associated with this concept; it is not the technology itself but the distribution network of refueling that need to be addressed quickly and efficiently. Since everybody knows that hydrogen filling stations are rather rare in most parts of the world and are only a little common in few countries like the US which makes it more difficult to implement this concept outside US. A big drawback to these hydrogen powered cars is that you have absolutely no backup unlike powered cars or combustion engines where you have alternatives like charging or refueling to get things done.

Despite of all these difficulties faced by the companies including Honda, Toyota and a few others, Honda is quiet optimistic about introducing its hydrogen fuel car thinking that it can be a potential alternative to electric vehicles in the near future.

Clarity will be available on lease for $500 for consumers in selected areas of California and they will get a driving range of 300 miles. Delivery of this hydrogen fuel cell is expected to start at the later end of this year. Check out Clarity in the gallery below.